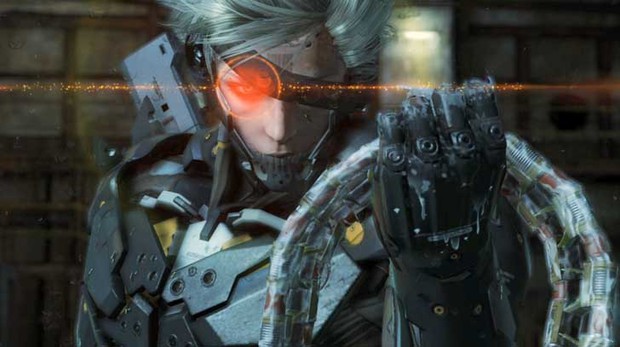 Pictured: Raiden crushing the hopes and dreams of every gamer on the planet, supposedly.

Now I understand the fact that the game might not look good to you or appeal to you. But the thing here is that I'm seeing a ton of people saying that "Metal Gear is dead" and things like that based off of a three minute trailer. If it took me three minutes to realize a game is shit, then that must be one terrible game. All the backlash on this is making me think of the response to DmC, where people said it was bad because Dante looked different. They didn't care about the gameplay or anything like that, but the fact that Dante's hair was different made a game they've never played "terrible".

Lots of people are complaining about Metal Gear Rising because of the direction it's going in. Last time we saw the game it looked like it was going to be a slasher game featuring Metal Gear's Raiden, and play kind of like a Metal Gear Solid game. But tonight's trailer seems as if Metal Gear Rising is taking a departure from the Metal Gear Solid series and being turned into a hack and slash style game much like Devil May Cry or Bayonetta. That fact isn't very surprising when it comes to the developer recently announced for the game is Platinum. Platinum is most recently known for Bayonetta.

A reason I understand why people are alarmed and concerned is that last time we saw the game, it looked a lot like Metal Gear Solid 4 featuring Raiden with a sword and some cool swordplay mechanics. Now it's looking more like a fast paced hack and slash game. This departure from the Metal Gear Solid series has people fearing the worst for the game. But then you have to remember another thing: It's a spinoff. This game isn't Metal Gear Solid. It's Metal Gear Rising. This name change is on purpose. If the game was called Metal Gear Solid: Rising, as it was before this big gameplay change, then I'd be concerned myself. Again, it's like DmC. They changed the style of the character and the game, so they (sort of) changed the name instead of calling it Devil May Cry 5.

Metal Gear Solid is a precious franchise to a lot of gamers, myself included. I can't tell you how many times I've played through the first two Metal Gear Solid games. Not to mention the fact that I sat down and played through Metal Gear Solid 4 in one sitting of 24+ hours. But for me, I'm not worried about Metal Gear Rising being good or bad. If it's bad, then it's bad. I'm not being forced to play it. Will I be disappointed? Probably! But at this point, I'm taking what I saw in the trailer and looking at it not in the sense of it being an MGS game about stealth, but a balls to the wall hack and slash game that lets you play out moments that you wished you could when you first saw Raiden fight Vamp in MGS4.

Everyone is entitled to their own opinion. I'm one of the few people on the internet that realizes that. But calling a game terrible, shit, or bad based off a three minute trailer is just downright outrageous. Saying the game looks bad, and saying it is bad are two very different statements. But nefore you say something is bad, get something more to back up that opinion, like actually playing the game.
#ShareonCommunityBlogs
Login to vote this up!