Xenophilia: Time heals no wounds but mecha fixes everything! 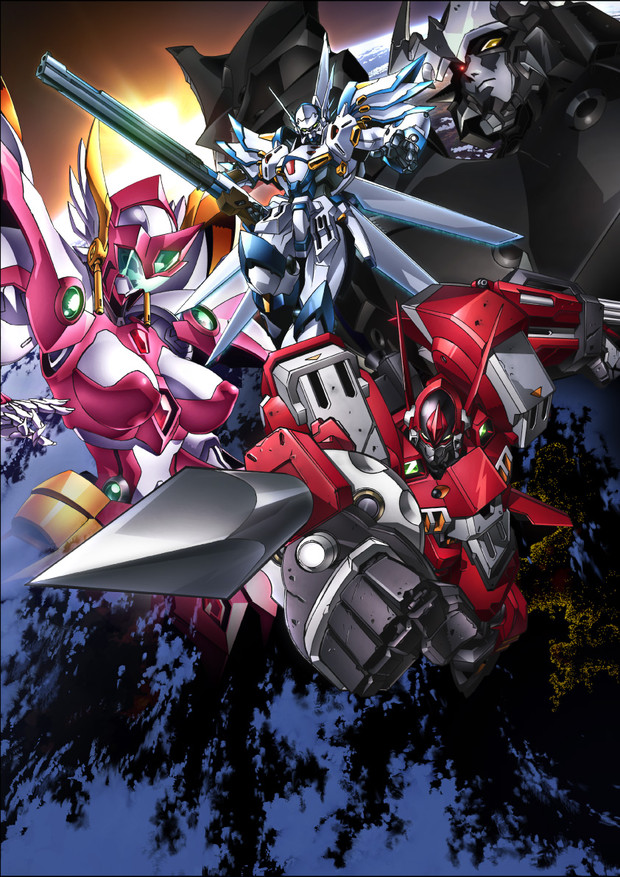 Ah yes, Super robot wars original Generation. I guess a little explanation is in order here. In each Super robot taisen game since the second game, there have been original units designed by Banpresto (the developers) which do not belong to any anime series. Then, in 2001, they decided to release a game which contained just those units. This was significant because the first 2 games are the only official super robot taisen games to be released outside of Japan! And by that, I mean the US. Again, Europe got shafted!!
The reason why the super robot taisen games have never been released until then was because of licensing issues. A game which contains so many different anime shows would require permission from all the license holders in the region which it was trying to be released to. It's not so much of a problem in Japan where license holders are more flexible and having a series in a super robot taisen game is good publicity, especially for older shows. But in the west, it's not so easy. Heck, half the series aren;t even licensed, so who do they go to ask?
Legend has it that there was an attempt to release the first super robot taisen alpha game in the US but it fell through as ADV films, the license owners for Evangelion, supposedly asked for so much money to use the license that it made the venture unprofitable...

But the original generation games neatly sidestep those issues, which is why the first 2 games on the GBA managed to get a release late into the handhelds twilight years. Those 2 GBA games were later combined and remade for the PS2 and one more game was released, called SRW OG gaiden. And now, fans of the series are waiting for the first PS3 release in the series called, confusingly, SRW OGs 2. Sadly, only the GBA games were ever released in the US.

But I have a lot to thank the Super robot Taisen games for. As well as introducing a few of the older mecha series for me to watch, it also improved my understanding of Kanji, as I needed to know what all the buff pilot spells did! And, while completely following the plot is still beyond my meagre language skills, I have more than enough knowledge to understand the options for upgrading my units, pilots and also all the pilot catchphrases they say in the battle animations. Still, it's not like you need to know all this stuff to understand how the game plays. All you need is a desire to watch your favourite mecha kick some serious ass!!! The rest just falls into place.

At this point, I think this post has gone long enough. There's still the matter of the spinoff series like the Super robot taisen saga games and the ACE (another century episode) games, but lets take a break, shall we? Perhaps I will be able to talk about those games another time if readers are interested (the ACE games are particularly good!)
If you want to jump on the bandwagon without the intimidating language barrier, there are a few fan translations for some of the games (specifically, SRW A for the GBA and Alpha gaiden for the PS1) and you might stumble across the GBA releases of the Original Generation games if you look hard enough.

Years on, and us Europeans are still getting hurt by delays and non-release of games, far more than the US. But if you tread off the beaten path, you may just find some games which stick with you for life, and the entry barrier is getting lower all the time!
#OpinionEditorial
Login to vote this up!