2:14 PM on 12.06.2011 (server time)    0
So there�s this little game that came out a few a weeks ago. You might�ve heard of it. It�s called Skyrim and Dtoid�s own Jim Sterling thought it was pretty good. I mean you can fight dragons in it. Awesome, right? Well what if I told you about a game where you can fight dragons with other dragons! Welcome to the wonderful, pixilated world of Bahamut Lagoon. 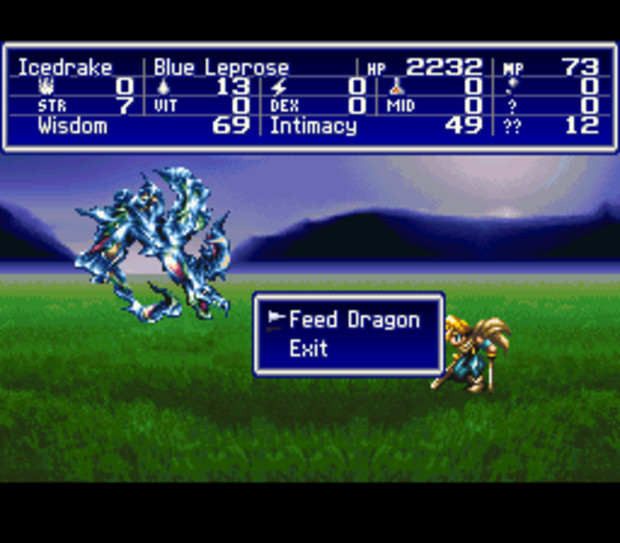 To be honest, I don�t remember a lot about the story. There was something about a group of rebels led by a spunky youth with a destiny trying to save the world from an evil empire. Typical JRPG fare, but it definitely didn�t detract from my enjoyment. I mean it�s not like other dragon-based games are known for their earth-shattering main quests.

If you�re a fan of dragons, Square, or strategy RPGs from the SNES�s Golden Years, you gotta play Bahamut Lagoon. You�re all Internet-savvy people, I�m sure you know how to find a copy. It just goes to show that pretty much any videogame genre would benefit from a healthy infusion of dragons.
#OpinionEditorial
Login to vote this up!