Back in the 90s I played both the original GTA and GTA2 on my PC. They sucked. Imagine Spy Hunter, but being able to turn in all directions, the camera doesn't adjust, the angle isn't wide enough to see if you're going to run into shit, there's no mini-map, there are lives, and while there were missions, it wasn't worth checking into them without a mini-map, compass, or any sense of direction.

There were a few interesting concepts, but overall, they were just plain bad games. Nobody expected GTA3 to blow up like it did. GTA3 was an incredible title that did so many things well and not necessarily for the first time (Driver 2 did a lot of them as well), but it did put them together better and in such a way that it was almost like why hasn't anyone thought of this up till now?

It's not surprise, then, that Rockstar, then a small company spun off from DMA, decided to cash in on the formula and make Vice City, which was also immensely successful and popular. They went along with a few other projects that did pretty well and eventually made San Andreas, which I've come to know as the apex of the GTA series. There are RPG elements, turf wars, a solid black main character (something that was rare up to that point in gaming), plenty of minigames that didn't detract from the main game, and so much more that I'm almost ready to do a review on it right now. 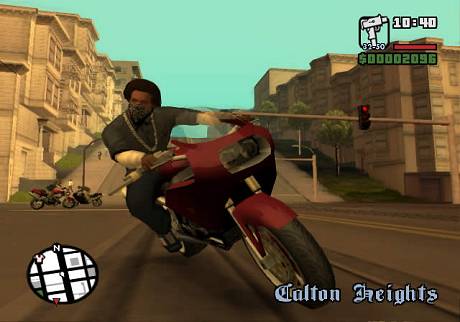 So when I heard GTA4 was coming out, I was stoked. Unfortunately, I didn't have a next (current now) gen console, so all I could do was hear about it for a while. Everything I heard was incredibly positive to the point of ridiculous. Reviewers were giving the game a 10. Remember also that this was during a time when a 10 actually meant something. For example, I've only given 5 games in my entire lifetime a 10, and even that I consider to be excessive.

When I finally got my 360, I decided that was one of the first games I would rent...and even then, it took a while to rent it because it was always out. So finally I rent it. I sit down, pop it in, already loving the visuals and story...then I experience the new driving controls. Folks, I'm not a racer. I'm not good or interested in games like Gran Turismo and even some of the Driver stages were annoying to me, especially the training missions.

Even still, I tried to tough it out because I was loving the story, characters, dialogue, etc. Then I got to a fighting section. Now look, the GTA series has never been known for having a good fighting engine. Ever. However, when Rockstar released both The Warriors and Bully, I figured they may have learned something. Oh, how wrong I was. In fact, it got worse. There are more controls for the fighting, yet it's slower, sloppy, and just dumb all around.

Making a solid fighting engine isn't hard. I realize they may not have wanting anything too intense because then you'd be more tempted to just beat the hell out of people in a firefight rather than participate in the firefight, but come on. Now, I'd like to talk about one positive aspect that still kept me playing it...at least for a while: the shooting.

One thing I never understood about the GTA games is these games revolved around crime, but they never quite did anything but the driving sections right. Well, now they're doing both the driving AND brawling sections wrong, but at least the shooting sections were done immeasurably well. The new cover system is much appreciated and in general shooting is more solid and quick.

Quick! Take cover behind the horse!

And that's it. Sure, I love the story, characters, dialogue, music, and visuals, but those alone don't make a great game. The true irony of the situation is Rockstar worked so hard on making the game LOOK good, but not PLAY good. I know people will disagree with me here, mostly because they are more used to drifting, real driving controls, street racing, etc., but for me, I was used to the old style and didn't understand why it was ever changed.

This was another reason I applauded titles like Saints Row 2 because sure it gets a lot of flak for "just being another San Andreas," but it isn't really. It's almost a parody of San Andreas. It takes a lot of what made the original GTA3 formula work and tweak it to be as over the top and crazy as possible. So while Rockstar is shooting for more realism, Volition was shooting for more crazyness.

Really, it's almost like trying to compare Platoon to Hot Shots. Sure, they both deal with war, but clearly they're not the same movie. Not even close. You'll notice also that I didn't comment on dating, minigames, or whatever. Again, because I didn't mind them. These weren't "bad" things to me, because they could be ignored and weren't critical to the central gameplay.

Most of the time when something doesn't click with me, it's going to be camera controls, gameplay controls, or just gameplay in general. In this case with only on foot and shooting controls being refined, I felt the game was seriously lacking and near unplayable in some chase scenes. Again, maybe it's just me because I don't play a lot of racing games, but I don't feel that should be a pre-requisite for playing a game that never had those controls in the first place.
#ShareonCommunityBlogs
Login to vote this up!