Tales from Skyrim: Fallin' down Browntown 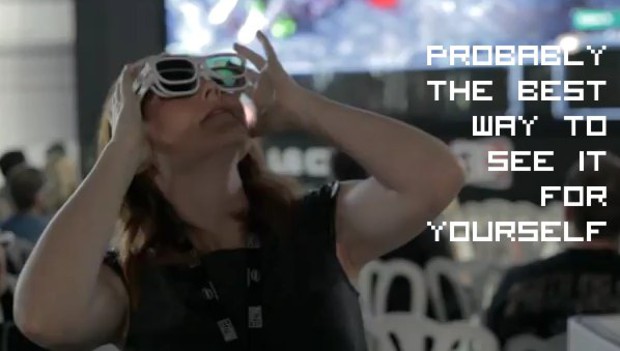 As I made to enter one of the last few sleeping chambers I hadn't investigated yet, I got a bit impatient and tried to step through a doorway as the door inside it was still opening. Suddenly, I found myself transported into a new, rather beige dimension, hurtling through empty, tan space and suddenly wondering when my last autosave had registered. Regret set in as I realized just how much gameplay I might have to redo, given that I'm of the sort who likes to look at and talk to everything before moving on, when just as suddenly, I was back where I started. The jarlsman on guard duty made some smartass, but irrelevant remark, and I was standing on solid stone just outside the door-become-portal that'd launched me from the world I knew in the first place, as if nothing had ever happened.

To be safe, I saved manually before making another attempt to enter the room, and much to my relief, Skyrim's space/time continuum saw fit not to warp for me again. Following my little trip, I've not experienced any other glitches, but that was certainly one heck of a ride for someone who'd never experienced symptoms of the Bethesda curse before.

The moral of the story? Don't mess around with doors. Doors are dicks.

Dragonsreach aurora image by tekken360.
#OpinionEditorial
Login to vote this up!