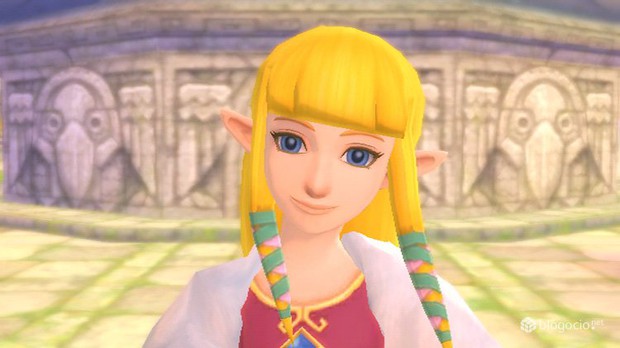 You will have such an emotional attachment to Skyward Sword that you won't want to stop playing. I haven't touched Skyrim since Skyward Sword came out.

Hopefully I've conveyed just how magical of a Zelda game Skyward Sword is. Hopefully, you now long to experience this game that I've described to you. When I snap my fingers, you will remember that the game requires Motion+ controls.

Here's my problem: as much as I try to empathize with my fellow gamers, I just cannot understand why someone who would otherwise be all over this game would dismiss it because of the control scheme. When I see somebody complain about Skyward Sword's motion control requirement and lament how they will never play it because of this, I get truly, legitimately sad. That just doesn't seem like a logical, rational conclusion for a person to make. It is unfair to yourself as a Zelda fan to deprive yourself of Skyward Sword's overall experience purely because of a dislike of motion controls.

The motion controls do have a learning curve. It requires you relearn some mechanics. But it also adds depth to the combat. You need to think. You need to be cautious. You need to master the game in the same way Link needs to master his skills throughout his journey. I assure you it is absolutely nothing but rewarding. If you like Dark Souls, you must appreciate what this does to a Zelda game.

But above all else, the ultimate point I'm trying to make with this post is this: any discomfort or frustration you might feel (or think you will feel) as a result of being required to move your arm while playing the game will be vastly overshadowed by everything else the game has to offer. You won't care that you're using motion controls because you'll be too busy falling madly in love with the characters, the story, the music, the graphics, and the puzzles - the overall soul of Skyward Sword. You might even fall in love with the controls as well; who knows! Some people have said that moving around is "distracting" and takes them out of the game, making them "aware" of their bodies while playing. But I propose that not even a house fire will be able to take you out of the game's immersion. There is so much to get lost in, so much to admire and explore and master. You might find yourself paying attention to your arm movements in the early hours of the game as you learn the basics - I won't deny that it's new. But provided that you enter the game with an open mind and be prepared to take a few beatings early on, you'll quickly forget that you're moving your arm. Ultimately, there is so much to get lost in, so much to admire and explore and master - I ask that you please trust me when I say "distraction" by motion controls shall not be an issue.

Skyward Sword is a love letter from Nintendo to Zelda fans. Dismissing the game because of the motion controls would be like throwing the letter in the trash without reading it because Nintendo wrote it in cursive.
#ShareonCommunityBlogs
Login to vote this up!