I am easily distracted. Whilst I like to think I'm very focussed and single minded, I get overwhelmed with other things and find myself wanting constant variety. All of which is a fairly lame excuse for posting these pics so late and why Stevil's avatar adoption for PAX 2010 was such a damp squib. When I got back from PAX 2010, I started my plans to move back to Scotland after living in Australia for 4 years. By the end of October, I was back home but without a PC of my own to use, so Stevil's pics lay on my external HD for months. However, I can now post the results of Stevil's fairly low key and lame adventures to PAX 2010.

First up, Stevil get's endorsed by Mr Destructoid in a pic you may have seen before: 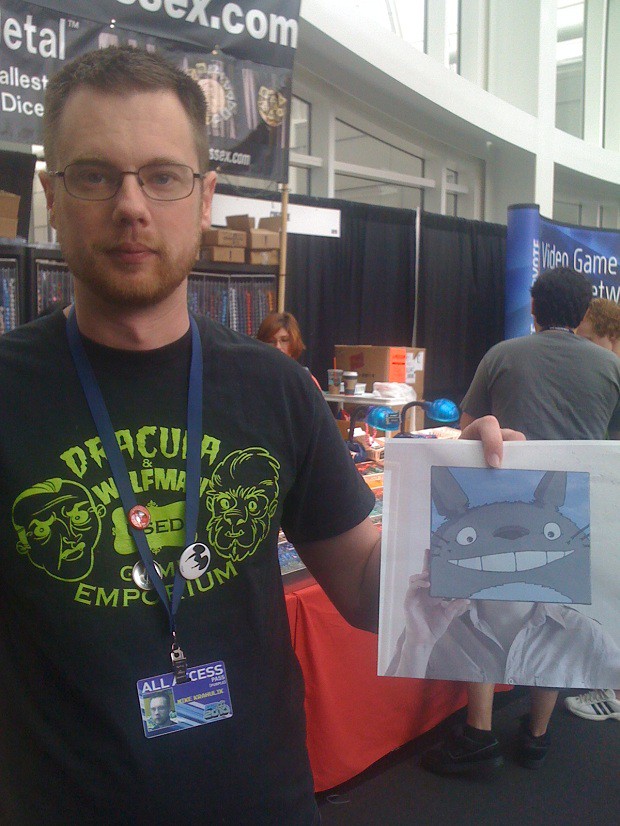 *phew* saved
#ShareonCommunityBlogs
Login to vote this up!