10:10 PM on 11.27.2011 (server time)    0
Rather than trying to crank out one in a crowd of great posts for this week's theme about actually being thankful for something, I thought I'd play with some of the imagery at the core of the holiday. I had this fantastic idea to discuss video gaming's legacy in regards to America's favorite yearly dinner bird; so fantastic, in fact, that Chad Concelmo read my mind across time and space and stole it two years ago.

With that key item down (though he neglected to mention the value of turkeys as scouts on New World maps in Age Of Empires II - HA!), there wasn't much left to work with. The closest games have come to involving pilgrims, to my knowledge, are Scott Pilgrim: The Game on XBLA and PSN, and at a stretch, Settlers Of Catan (since the pilgrims settled and yeah, I'm totally pushing it). Given that Ocean Spray has yet to release a third-person bog-harvesting bonanza, all that remains are Native Americans, Which are the main reason the pilgrims had to be thankful in the first place. If native tribes hadn't bailed those pasty Britons out, the white man would've had to rely mostly on other bits of Europe to wipe out this continent's original inhabitants.

Yep, Native Americans have pretty much gotten every last bit of the shaft over the centuries, but the world of video games has at least tried to make some reparations. Granted, those reparations tend to be saturated with sterotypes and misrepresentations, what with all the hair-feathers, moccasins, and tomahawks you could ask for, but there's a general trend amongst Native Americans in video games in that they all tend to kick a lot of ass. 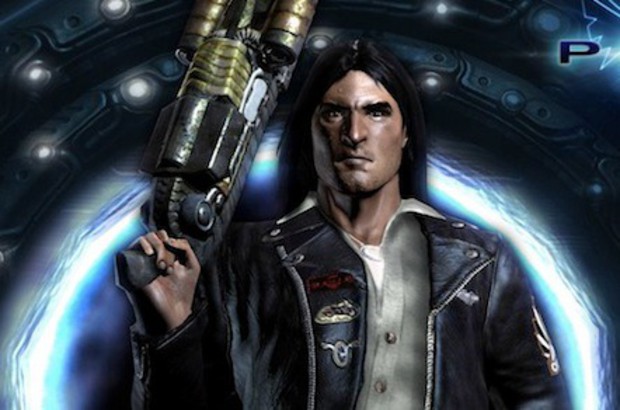 Tommy's one of few, if not the only, Amerindian game characters to not be sporting a headdress, coup stick, or any of the other stereotypical trappings typically assigned to Native American depictions. He's just a mechanic and everyday joe who happens to be a tribesman and live on a reservation, and even has clear reservations about that state of affairs. The spiritual powers bestowed on him once he's set loose in the Sphere that abducts him and his people at the beginning of the game expound upon his racial identity, but without being a caricature or offensive. And, not unlike his more cartoony, fighter-inhabiting brethren, Tommy kicks a lot of ass. Combatting one's way through an entire super-ship that's hell-bent on wiping out your planet takes quite a bit of cajones, and in the end, Mr. Tawodi definitely proves he has them. Even with a sequel on the horizon that's set to feature a completely new, unrelated main character, Tommy's secured himself an integral role in Prey 2's plot, because he's just that awesome.

So I guess, in the end, I am kind of thankful, in that I appreciate this land's original populace is at least starting to get some respect in a medium I appreciate. Despite the fact that Native America, on the whole, has been obscenely hosed (and probably by some of my own ancestors, at that), a few more Tommy Towadis, and even some refinement of and representation by the Nightwolves and T. Hawks out there, might go at least a little ways toward an apology for all the smallpox.

One day, we might even make up for that whole Custer's Revenge thing. I mean, seriously, who greenlit that?
#OpinionEditorial
Login to vote this up!