Thanksgiving: Opening it Up for All to See

5:45 PM on 11.24.2011 (server time)    0
I was planning to just do a MW3 piece this week and save this one for later, but then the Doom 3 source code was released and the Thanksgiving theme popped up - so now it's suddenly timely and relevant!

A short while ago, Rockstar Games started gearing up for Max Payne 3's pre-release media storm, and it got me in the mood to dig up and re-install Max Payne 2, a game I remembered enjoying immensely. After a few parargraphs of stilted dialogue and horribly overwrought monologuing, I was diving in slow-mo through doors and across tables just as I had been years ago, surprised by how tight and fluid the action still was, but I also noticed a little something I hadn't immediately remembered: those blood effects are weak - the splashes are small and wispy and the decals only stick on the floors.

Today, that'd probably never be an issue, but assuming it were, I'd have to just suck it up and deal, marking off points from the game for having somewhat unsatisfying hit feedback. But Max Payne 2 is relatively old, so instead, I hit up Google and typed in "max payne 2 mods," got pointed toward a couple of websites, and searched around for something to cure my bloodthirsty ails. A good portion of it was ludicrous - this is an actual excerpt from one mod's description:

"This is a mod that I've been working on for quite some time. It will reinvent MP2 into what I've wanted it to be. Armed with a giant Katana and a new Gunslinger fighting style, Max Payne 2 will never be the same." 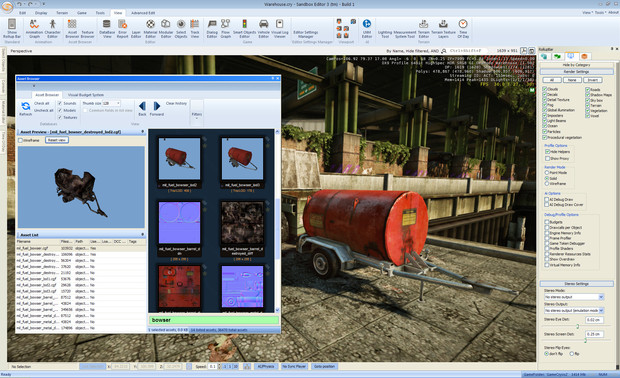 I took the game and made it my own, personalizing my experience in a way clothing options and Facebook plugins could never accomplish, while simultaneously learning a lot about what went into Max Panye 2 and, consequently, what goes into making video games as a whole. I can't see how opening one's game up to the public, even if it's just to change some assets and scripts, leads to anything but benefits, helping people like me who want to examine and learn, aspiring developers who want to gain practice and experince, creative types who don't want to attach themselves to commerical projects, end-users who just want to download a couple of mods to improve the longevity and quality of their purchases, and more.

It's why I'm thankful to those increasingly few developers who've stuck with the modder's mindset; Valve's practically made an art of plucking out the best to add to its ranks, Bethesda's older games are still heavily played thanks to all the new things the fanbase has been able to crank out, and even DICE, who seem to be dismissing any kind of mod support for Battlefield 3, is filled with talented developers who got their start modding older Battlefield games, and, as noted above, id Software (whose Doom went a long way towards kickstarting the modern modding scene) just released the source code to Doom 3.

Thanks for giving us a window into your world, guys. There's no better way to learn and appreciate craftsmanship than to see how works are crafted; being able to mess around with the innards of Jedi Outcast, Call of Duty, Half-Life, Halo Custom Edition, Unreal Tournament, Crysis, Oblivion, and other titles has been one of the most significant contributions to my interest and knowledge in the medium, and I'm sure it's done just as much (if not more) for thousands of others. Here's hoping you don't stop any time soon.
#OpinionEditorial
Login to vote this up!