4:10 PM on 11.21.2011 (server time)    0
Long time no see, Destructoid! The past few months have been taken up with surgery and recovery; I donated part of my liver to an uncle of mine because his own was failing, and have in the meantime been relaxing at home until such a time that I'm able to work again without hurting myself. I'm doing great (as is my uncle), but having hit the part of recovery where I'm generally clawing at the walls, I've been feeling the need to write a little. Even though I've been trying to work through a number of newer titles on my backlog, one of the crucial purchases I made after getting home was The Ico & Shadow of the Colossus Collection. I've written about both games before, but I've been thinking a lot about Colossus in particular recently, and those were some thoughts that I figured would be nice to get down. I apologize in advance if you're tired of reading or hearing about this game. 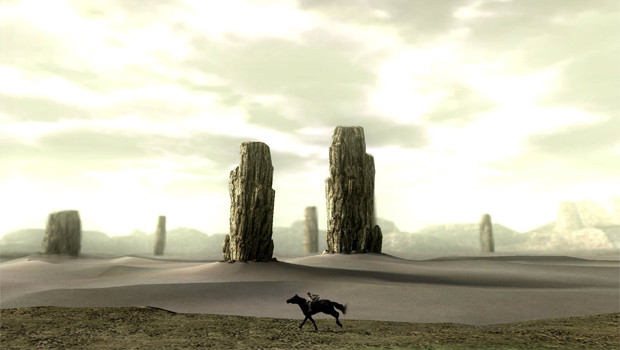 In those three and a half minutes before and after I accompany the pair through their torture, I see things in the way they could be, in the way they should be, but in the way that they never will be. Wander has his moment to himself, his time to rest, his opportunity to slow the train that can only take him to one terrible place. And Agro has her moment to frolic, to ease Wander's figurative and literal burden from her back and simply run, at a full gallop, through what is otherwise a prison for the two of them. It is as tragically beautiful as it is wonderfully sad; she is there when he nods off, and no matter how far Agro runs, no matter how short a time Wander sleeps, she will always, inevitably, be there when he wakes up.
#ShareonCommunityBlogs
Login to vote this up!