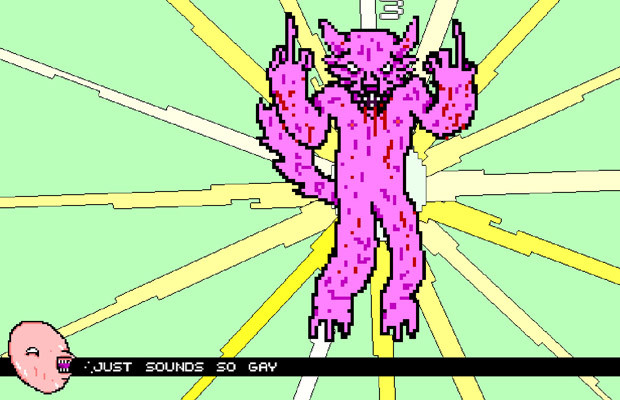 The game reminds me of one of my dream games which is a rhythm platforming game which perfectly syncs to my favorite songs but with much more freedom to move your character than in a game like Bit trip runner. I’ve always thought that combining music and interaction would make for the perfect game. Which is why I commend games that tries to take it a level further.Granted that this is not the most polished example it’s still a fun distraction and it’s nice to see that game-developers and bands are teaming up to create a highly entertaining collaborative interactive experiences! Hooray!

So that’s all folks, and be sure to try the games out if you want to switch up you ordinary “dull” skyrim routine with some insane Nintendo punk and people who believe that they are cars. Kind of like the disney film “cars” only backwards huh? I would gladly go and see it if that was the case. Again, you can get keyboard here and play hot throttle here, and don’t worry macintosh people , I think there’s versions for you too! And remember kids, stay in school, or something like that!
#ShareonCommunityBlogs
Login to vote this up!