Ocarina of Time is, hands down, my favorite Zelda title, with a close second going to Link to the Past and third Twilight Princess. But there are many reasons it's my favorite that have less to do with the actual game itself and more to do with how I acquired it in the first place. Now, if you follow my Retropod podcast, you already know this story, but it's worth also putting into writing and posting some funny pictures, so I decided why the hell not?

I had the same hype within myself for Ocarina of Time as I did for many titles back then such as Chrono Trigger, Final Fantasy 6 and 7, and so on. It was fairly normal stuff. Anytime I saw a commercial, various pictures for the game, and whatever, I got all geeked up instantaneously. I was in high school and decided I HAD to have this game...but I didn't exactly have an allowance, didn't want to wait for Christmas, and there were no jobs in town.

I was in high school at the time and I was desperate, so I started not eating my lunch. To clarify, high school was a little more loose in their lunch policy in that they wouldn't force you to line up, hand over the money or ticket or whatever, then get whatever they were serving. No, you were able to bring in your own lunch, go out for food if you had transportation, pick and choose what you wanted if you wanted to eat, and so on. 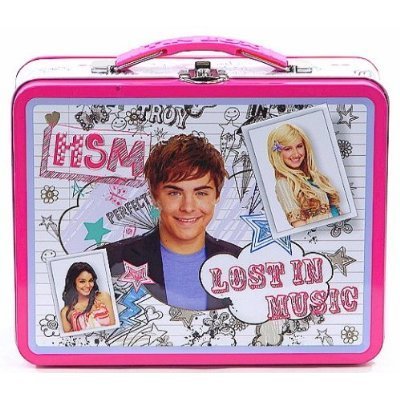 I never brought my own lunch for some reason.

Really, I don't think I'm telling you anything you don't already know. What I decided to do was not eat my lunch and stash away the money. At first, this seemed like a great plan. Get some hunger pains here and there, sure, but for the most part just eat a big breakfast, tough it out through school, then stuff my face when I got home. Didn't really have to worry about my weight back then as I was in wrestling and rode my bike almost exclusively when there wasn't practice.

Then, in a Deathnote-like fashion where one lie led to another, I became involved in a ridiculous cacophony of deception in order to ensure my mother never truly caught on. First, I had to hide the money. This was because I had to ensure not only that she never caught on, but that my brother didn't either. He's pretty cool now, but my brother used to be a goody two shoes little tattletale back in the day.

While both me and my brother had our own individual extracurriculars such as band, drama, boyscouts, sports, and so on, we were both usually home at the same time. It did make it easier that my mother worked third shift, but it was still a pain. The major issue was trying to figure out not only how to change the money, but also where to hide it and also how to break it slowly to my mother with subtle lying.

But if that's the lying hand, then is it telling the truth?

I eventually settled on an ultimately lazy solution: hide the money under my mattress. But again, I had to somehow slowly break into this with my mother so that it wasn't as if I just somehow suddenly had $70 to purchase the game (yeah Toys R Us was ridiculously overpriced back then). I would usually tell her I found it or that I had found several coins, not dollars, but had someone change them for me.

This went on for a while with the situation turning more and more dubious. She finally caught on to what was happening when I asked if we could go to Toys R Us, but yeah. So that is how I ended up purchasing Ocarina of Time. Sure, I could've told you about how I waited for the midnight sale for Final Fantasy 13, but that was relatively boring. So I suppose you'd also like to know more about what I think about OoT and why it's my favorite.

Well, this story aside there are many reasons I consider it to be the best. For starters, Zelda in 3D. Now sure, that's not such a big deal today, but think about it more like this. Super Mario Bros. 1 and 2 were good, but just alright. SMB1's considered to be a classic, but really, it's more of a situational classic. It doesn't do anything wrong, per se, but the main reason it got so much exposure is because EVERYONE played it since it was often included with the console.

And if the jump from the NES to the SNES was great, just think of how the movie is!

The jump between Link to the Past and Ocarina of Time was vastly significant. LttP was a great game and was easily one of the best titles for the SNES...and OoT was very much in the same league, if not higher, for the N64. Sure, Hyrule Field's pretty boring, especially in comparison to most of the other Zelda titles, but that's really the only argument you could make against it.

There's so much to explore, so much atmosphere, and such an engaging plot packed with whimsy that it has pretty much defined what a Zelda game IS anymore. Nevermind that the way they handled the whole light/dark world in this one, which I thought was a brilliant concept in LttP, was handled even more marvelously in this one with the addition of time travel.

What more can be said, really? It's not just a classic; it's a LEGEND. Of Zelda. Okay, I'll stop now.
#OpinionEditorial
Login to vote this up!