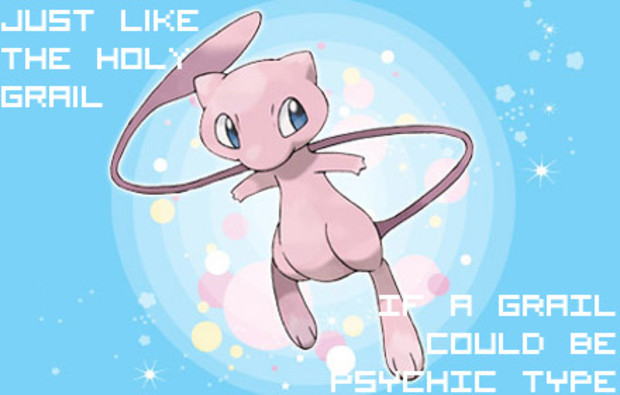 The rest of the afternoon consisted of a small tournament, in which I got blown out of the water in my second round by some mouthbreather in his mid-20s who'd been winning these things all up and down the mid-Atlantic region, some demos of Pokťmon Stadium and a few other N64 games, and some other pokťdickingaround for which I didn't hang around all that long. I had to get my new friend home safe, and figure out what sort of moveset to give her.

In the end, I ended up just leveling my Mew naturally, though she cleaned house just with her default moveset. She helped me pick up a few legendaries I hadn't been able to subdue up to that point, and found a comfortable home on my Pokťmon Stadium and Pokťmon Stadium 2 cartridges, mostly unused after the first Stadium given that I'd decided to take the high road and considered legendary pokťmon "cheap." She was one of the few who survived a terrible accident in my early attempts to catch 'em all and dump them onto my Yellow cartridge even before then, wherein I was (unwisely) popping whichever cartridge I needed to organize and level certain 'mons on into my Super Game Boy, and forgot to kill the power before pulling the cartridge back out one night, in my excitement as I was getting close to completing my collection. I still have the certificate somewhere, and chances are, some lucky bastard got her after I traded in both Stadium games and my Game Boy era Pokťmon titles upon learning there was no way to transfer them up to the new Game Boy Advance games.

I miss her sometimes. But then I just swap in a pokťmon who can use Swift, and that tends to solve the problem nicely.
#OpinionEditorial
Login to vote this up!