There Would've Been Brawl: At least he gets good parking now.

11:46 PM on 11.11.2011 (server time)    0
I bet you thought this interview series was dead. NO- alright, fine, I used that in one article, I won't use it again. Thomas Mannino, There Will Be Brawl's wheelchair-bound Sonic The Hedgehog (and mic jockey), finally carved some time out of his busy schedule to answer a handful of questions I tossed him. Now if only I could track down that pesky princess... For those of you new to this, my questions are in bold text, and Tom's answers are in regular format. 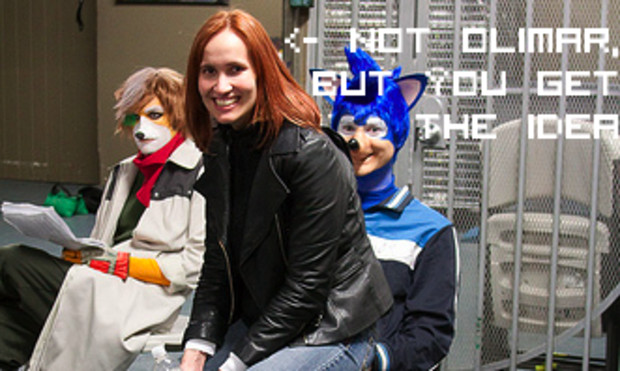 Thanks for murdering my favorite character in the entire Sonic franchise, Tom. I'll see you in hell. Though, granted, the only other option I could've slid in there was Blaze The Cat, and I would've murdered her, too.

If you didn't catch my other interviews of some of the stars and minds behind There Will Be Brawl, they should be toward the top of this search list, and if you haven't seen the series, check out the official site I've been linking with the series' title, or check out The Escapist's archive of it, since without them, the show wouldn't have become what it did. And they have a little behind-the-scenes jimmy right before the finale. You're probably already registered so you can yell about the Jimquisition or moon over Yahtzee, so you may as well take some time to watch something epic.
#ShareonCommunityBlogs
Login to vote this up!