Opposing the expected - My experience with Call of Duty 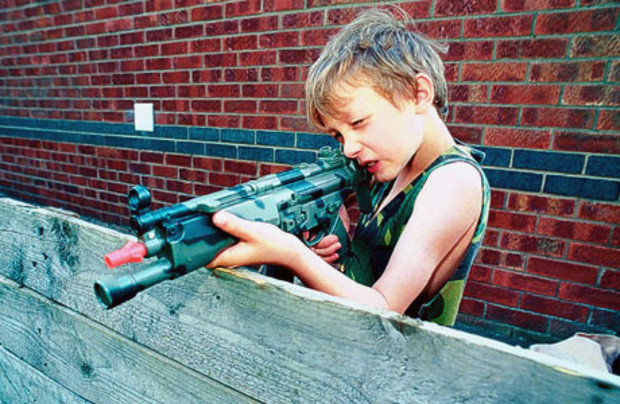 One thing I do have a problem with though, and I know that this argument has been expressed many times over on this website and probably lots of others, is the fact that children half my age are abusing these types of games - Call of Duty, Grand theft Auto and what not. My issue is not that they are playing them, though, but the fact that they could be having so much more fun playing games that I was exposed to when I was a wee boy, and their parents wouldn't constantly bicker about their suitability for their children.

When I was a child, I was fascinated by nearly every Nintendo game, and a ton of RPGs. I don't see why kids couldn't be playing something like Final Fantasy (Which in my opinion, is a lot more fun and challenging) instead of Call of Duty. But again, I guess if they really enjoy it, and their parents are fine with it, I can't really judge (although that is a strange method of parenting).

It's not that I hate Call of Duty, or the amount of time I've spent playing it, it's just that I think that there are a lot more games out there that are so much better, and deserve nearly twice the popularity and fame that CoD receives. I'd like to hear your opinions, though, what do you think of Call of Duty?
Login to vote this up!

I like retro and retro inspired games. I also like new games too! What a crazy guy I must be.