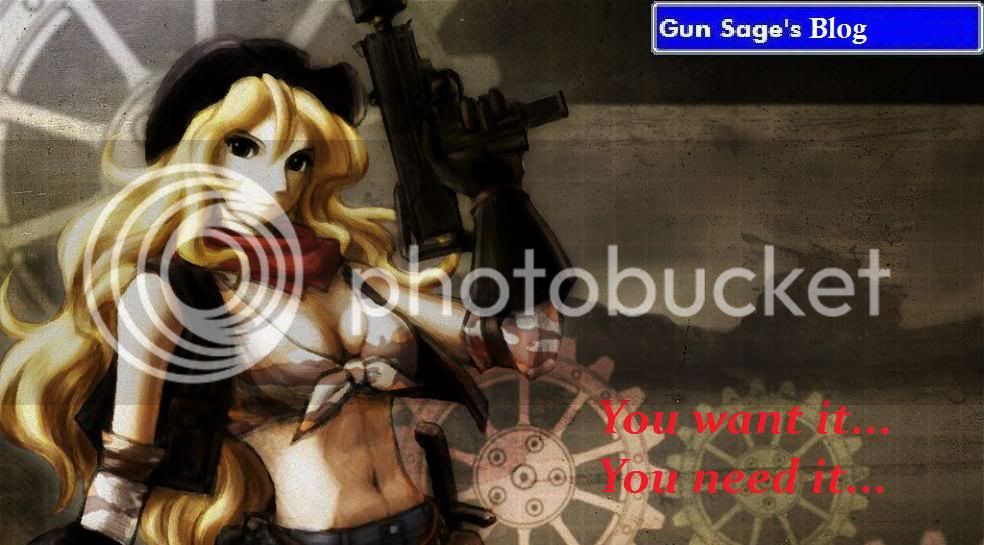 8:55 AM on 11.08.2011 (server time)    0
It's good to be back! Where have I gone? Well, ah, nowhere, BUT THAT'S NOT IMPORTANT! It's time for another GoTY and we're going to kick it back off with FPS of the Year 21st century! Now, partially because I'm n00bish, but mostly because I'm lazy, there won't be movies this time unless you click on the pictures (where I can find movies anyway), but seeing as how they immensely bogged down the articles last time, that's probably a good thing. We have 24 games this year and it was very hard to pick a #1. Just like last time, let's start with the runners up.

Well, it's certainly interesting and I do like a good cyberpunk game, but not only does it not meet the graphics of the time, it's also fairly...meh. Might be worth a look if you're as much into cyberpunk as I am, but otherwise I'd give it a pass.

"Laser swords for Jesus." Indeed. This heavily misguided Christian FPS (that isn't Super 3D Noah's Ark) is...well, strange. Good for a laugh, I suppose, but it's clearly unable to stand up against the other incredible titles this year. 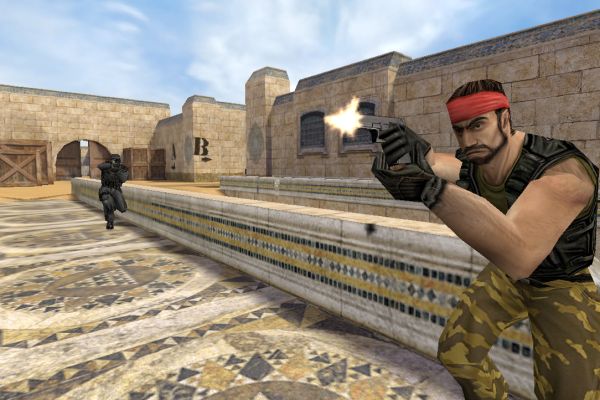 Before Team Fortress 2 was even a thing and amidst various other titles becoming immensely popular for their online gameplay, there was good ol' Counter-Strike. I never played this one much, but what little I played I thoroughly enjoyed. I shouldn't have to explain much about it really, but in the event you just haven't played it for whatever reason, it operates similarly to TF2 except there's also an extensive shop system, frags really mean something, and while there aren't as many modes or classes, it's certainly very fun.

...I'm really glad I never played this one. Even Wikipedia describes it as being "one of the major commercial failures of the computer game industry." Pretty harsh when you also consider games like Ken's Labyrinth.

Again, I'm not a fan of these kinds of games. Makes you wonder why I'd go on to like some of the later Splinter Cell titles, but I digress. Games like Rainbow Six and so on are lost on me, but if you like games like this, give it a whirl. So basically it's Snoopy's Flying Ace, but a little dated, and with dragons and griffons and stuff instead of planes. Pretty cool concept, actually, but still not quite enough to stand up to some of the finer titles this year.

Okay, so...it's like a crossover between space marines, scifi, robots, dinosaurs, and the old west. It's, ah...weird at best and bizarre at worst. Not a bad little game, but nothing too special.

The music's alright, but everything else is pretty muddy. Doesn't look awful, but again, doesn't quite live up to the standards of the time.

Poop. That is all.

Pie in the Sky Software, why didn't you curl up and die years ago? Goddamn this game is retched. I love this game, so let me explain why it's not winning. It was between this one and about three others for the win this year. PD is an incredible title as it built on what GoldenEye had already accomplished what with better graphics, animation, a broader variety of weapons, voice acting, lots of varied areas, a shit ton of improvements on multiplayer, expansion pak capable...I mean, I could go on and on.

So why not win? Because it really didn't do anything new, did it? Let me explain. Yes, it has better graphics, more and better weapons, a different setting and so on...but it's essentially a GoldenEye Plus, without really being GoldenEye, which is another reason most consider GoldenEye to be better. It's a great title and it definitely deserves recognition and your purchase for XBLA, but hey, it's just another GoldenEye.

Almost seems like a weaker version of...well, let's just say there's another game this year that does this better, is a hell of a lot more fun, and has a good sense of humor. You may already know what I'm talking about, but yeah, this one's kinda mediocre.

ZOMG U GUIZE, BLOOOOOOOOODZ. And that's about it. It looks kinda fun, but just another mindless shooter, really. I know, I know...you think that's what it's all about. Seriously, there's more to FPSs than shooting, blood, and screaming. Sometimes it doesn't seem like it, but there really is.

Yup, more of this. Another tactical shooter that's just...ehhh. Again, if you're into them, give it a whirl, but otherwise I'mma pass this one up.

It looks alright...at least if you're into Star Trek Voyager and I'm not. The graphics, sound, and voiceovers are pretty good. I can't really say anything negative about it, per se, especially without actually playing it. Once again, though, comparing it to my top 3 this year? Yeah, not quite up there.

The Operative - No One Lives Forever (PC)

I love this game. It didn't win, but I LOVE this game. NOLF is a title that takes place in the 60s and you're basically the first female spy ever for an organization similar to MI-6. It's a fun, funny, and engaging title that can be just as difficult as it can be humorous. It's riddled with all kinds of great gadgets, environments, music, and much more. The only thing that's somewhat lacking is the multiplayer, but again, I don't really play games for their multiplayer, so this one's a must have in my books.

The World Is Not Enough (Multi)

This is one of the better James Bond titles that isn't GoldenEye 007. I only played a few stages of this one, so I'm not qualified to give it a full review, but it's pretty damn fun and has various adventuring elements to it as well. I'd definitely recommend giving it a look.

Now, you'd think not liking tactical shooters automatically disqualifies any sort of enjoyment from games like Thief, but you'd be wrong. Maybe it's because I like the whole thief/assassin/ninja/infiltration...uh..."mythos"...as it were. I don't know. I'm a huge fan of stealth games and combat. Maybe I just don't enjoy them from a military application...don't know.

Either way, I loved the original Thief and I've enjoyed the others as well. Even still, I don't see anything new in this one besides maybe the graphics engine.

This was the first PS2 FPS that I know of and holy shit is it great. What happens when you take the main developers behind GoldenEye 007, add dual sticks, time travel, and Serious Sam-like waves? Epic epicness. This game is fun, frenzied, fast-paced, and...over way too quick. But even still, there are plenty of extras like a level editor, multiplayer, multiple difficulties, and so on.

Sadly this would be the last good Turok, but holy damn is it a good one. Not a lot of people have played this one, which is strange because many people have played and loved the first two. Not sure what the deal is, but it's one of the best FPSs for the N64 to say the least. It plays exactly like the previous Turoks, but there are more and better weapons, better events and cutscenes, and in general a broader story.

If you've played one Turok then you already know what to expect, but that should also mean you're super stoked if you've never tried it. Very good stuff.

Can you say "budget title," boys and girls? I knew you could! PASS!!

If you didn't see this one coming, you obviously don't know me very well. Deus Ex incorporates elements from Thief in that there is a heavy emphasis on stealth, innovative environments that are very open to interpretation, and forced trial and error. The other especially interesting aspects, of course, are how it lets you level up, mod your character, and...well, now I'm just repeating myself.

Some of you might argue Deus Ex doesn't deserve a win because it's not a very strong FPS in that it doesn't incorporate all elements that make an FPS great. Well then, let's take a look at the other titles that did it better and could have won this year.

CS had no single player mode, was originally just a mod from a slightly outdated engine, and while incredibly fun, again, only really had the one thing going for it. I'm not discounting how great CS is, but it makes sense why it couldn't win. Now that's a very good question. PD had a solid single AND multiplayer mode, packed with all sorts of great options. Gadgets galore, built off the GoldenEye engine and archetype...I mean, what more could you want? Well, did it do anything...new? Remember, it was basically a GoldenEye Plus. Well okay, but wasn't Deus Ex just a Thief Plus?

Not exactly. There were enough new elements to seperate it completely from Thief while still being a qualified FPS. I was actually apprehensive about putting Thief 2 on the list because, well...it's not really an FPS. PD was an incredible game, but Deus Ex is the stuff of legends. There was a joke I once read that said "Deus Ex: once mentioned, every nerd in the vicinity will immediately reinstall it." 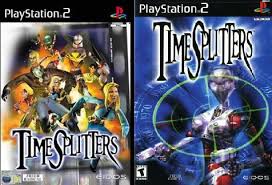 TS is a great game, but it has no real story and is almost too straightforward for its own good. Great if you just want to jump in and blow away some baddies, but it's over too quick, does only the one thing, and that's it. For long lasting gameplay with lots of replay value, Deus Ex is king. Granted, TS has a lot of replay value too, but it only does the one thing.

It's like comparing a squirt gun to legos. You can spray the shit out of other kids with a squirt gun and you will undoubtedly have a lot of fun with it, but it only does the one thing. Legos are...endless. I could make a lego sword and whack you one or I could sit there and build all kinds of cool shit. It's open, forces you to be imaginative, and can be anything you want it to be. 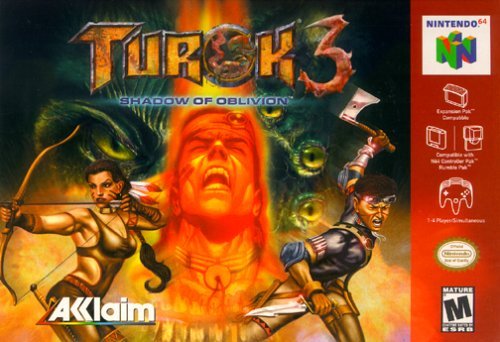 Turok 3 is a great title that not a lot of people have played, which is exactly why I wanted to highlight it. However, it's not really doing anything new, it only does the one thing, and it doesn't do it as well as other titles this year. Great for oldschool Turok fans and that's about it. 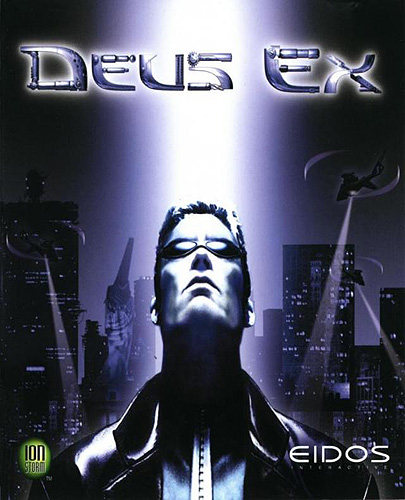 Some people might be miffed that Deus Ex won. Again. I get it, I really do. However, it really is an incredible game and definitely worth your attention if you've never tried it. That and it makes me appreciate Human Revolution even more as it's also pretty incredible. Maybe not as good as the original in some aspects, but goddamn if it isn't great all the same.
#ShareonCommunityBlogs
Login to vote this up!