Stuff...but more importantly, Summer is over! 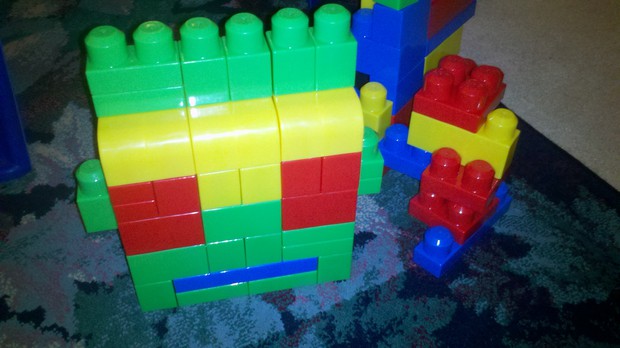 This was something my kid and I built. It was supposed to be a mask, but the thing was way to unsteady to be held. It was then smashed in a fit of spite. Daddy apparently used too many blocks to build this. It needed to be deconstructed immediately after completion so something better could apparently get made.

Ah well. At least I was able to get this picture off and now it will be added to my block figure photo collection comprised mostly of famous Disney cartoon characters.
#ShareonCommunityBlogs
Login to vote this up!