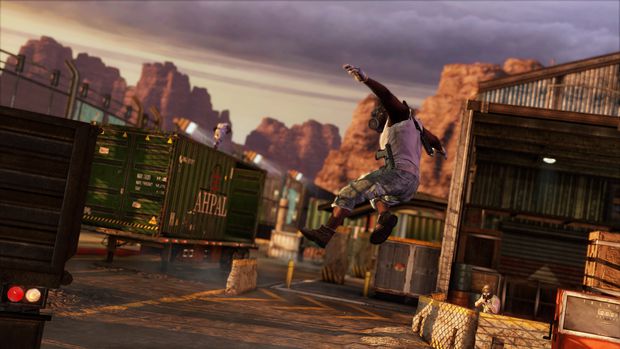 These are all the problems that I can find for Uncharted 3 in the Eurogamer Review:
Once an enemy sees you, all are alerted to your presence and they don't forget about you.
Discovering random trinkets isn't rewarding enough.
Sometimes Nathan Drake doesn't allow you to pull out his gun during big events.
If you miss time your jump Naughty Dog will help you however, if you jump where you shouldn't, you [i]die.

Those flaws are so weak, it belays the argument.

I believe this is all just the story of somebody that didn't want to get in to the game. Simple as that. Those aren't valid complaints above. This entire review was one reviewer's woes of being forced to follow Naughty Dog's script. It's a game that is "impossible not to get swept up in the drama, and succumb to the ride" apparently. This however is a negative as "the result is that safe thrills and awe-inspiring spectacle are all that remain, sugar-rush gaming that sends your mind into repeated spasm but does little to reward beyond the immediate high."

So it's a game that sweeps you off your feet but doesn't reward you in doing so?

All I'm saying is the review is weird. It isn't an argument on enjoyment, but tiny grievances. The game is apparently flawless in the three categories I deem definitive of a superb game: story, gameplay and graphics. Its just how they achieved this wasn't to Simon's liking. As a critic, you have to justify the faults. I can understand if somebody doesn't like a game because of something in it. However, if I can't find a clear reason for the complaints, they didn't do their job.

I think he went in to this review because he was tired of the big blockbuster experience, which is a valid concern. Break that argument down then. Don't just give us tiny grievances that reduce the game down in score only. Maybe if he had done a better job clarifying the issues he had, the backlash might not have been as harsh. People seem to be defending the review because he has the right to review it this way. Sorry Jaffe, it wasn't a good review.
#ShareonCommunityBlogs
Login to vote this up!