Achievements: By the Numbers

However, for one reason or another, quantifiable achievements have become this huge thing. Just about every game coming out for the 360 and PS3 has a method of tracking your in-game accomplishments. Even some indie games are adopting achievements. (For the record: I realize that PS3�s are called trophies, but for the sake of this post I�m just going to use the generic term).

Achievements have become so big, that World of Warcraft adopted its own Achievement system in game. The even crazier part is that prior to the Cataclysm expansion, there was someone who had 100% completed the achievements in WoW. In case you don�t know anything about WoW: imagine the negative stereotype surrounding the average WoW gamer. Now multiply that nerdy dedication by about 1000% and you�ll get a ballpark idea of how much dedication this gamer had towards 100% completion of the WoW achievements. At the time, that meant he got 986/986 achievements. 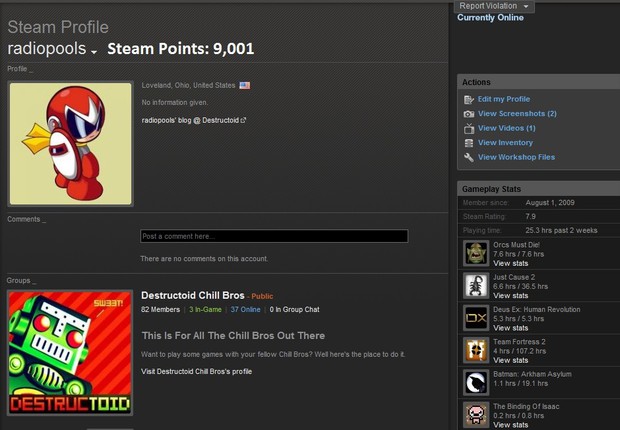 Personally, I really enjoy when my Steam games utilize Games for Windows Live. It is not because the service is stellar (though it has gotten better), but because the achievements I earn in game go towards my Xbox Live account�s overall GamerScore. When I get an achievement in a PC game with Steam, I am basically indifferent because there isn�t a quantifiable number that shows my efforts across all of my Steam games that I can work towards growing. For example: I just got Deus Ex for free thanks to a friend of mine. I want to work towards the Pacifist achievement on Steam, but knowing that my efforts won�t be validated by an overall score is making me want to essentially say �screw it!� and start shooting people up.

Achievements have been a very controversial topic since they were introduced. They drive some people to continue playing a game long after they "beat" it, while others are indifferent towards the whole concept. How do you feel about the above scenarios and achievements in general?