11:22 PM on 10.19.2011 (server time)    0
Is it too early? Maybe I�m delirious from school or Organic Chemistry is starting to get to me. I played the Sonic Generations demo today and yes, I am optimistic. It�s a different kind of optimism than I�ve had with previous Sonic titles. It reminds me of how I felt about seeing Sonic 3 after carrying around the Sonic 2 booklet everywhere I went, learning about the enemies to each stage�and coloring them in (I was little). This optimism scares me. I mean it�s only the first stage that I�ve played, who�s to say the rest of the game is good? 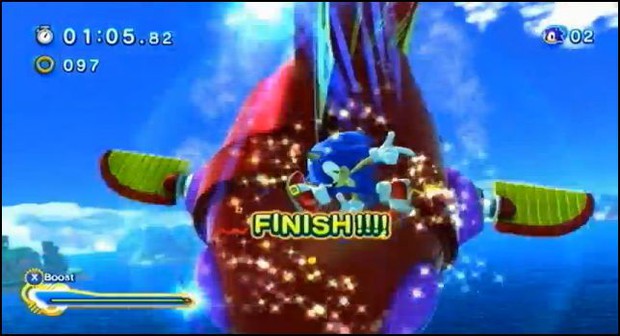 Overall I�m satisfied with what they�ve brought to the table so far with the demo. I know its early and I�m still a little hesitant, but I hope that the game does well. Signs of demise are on the horizon with Rival races, the inclusion of Silver sent a shockwave through the community, but I don�t want it to bomb. I want to be able to enjoy this Sonic game as much as I did with the Sonic games of old. Although the Night stages in Unleashed were a bore, the Day stages were great fun. Unleashed was the most modern Sonic affair I played since Adventure 2 Battle, maybe that�s why I�m this optimistic�Regardless give the game a try, and let�s hope that Sega will come through! Thoughts? Comments? Bueller?

Related side note: My roommate had never played a Sonic game before this and enjoyed fast Sonic�s stage.
#ShareonCommunityBlogs
Login to vote this up!