I am a PC gamer. I have a relatively decent PC, granted I built it three years ago and have been slowly upgrading since. I love PC gaming. The keyboard and mouse layout is very efficient at getting things done in FPS and Strategic gaming. Having the ability to slowly upgrade and personalize my machine is really great. For me, putting together a computer piece by piece is an activity that can�t be beat. Putting all of the pieces together and then watching your creation come to life and dominate is an exhilarating experience. I can relate to how Dr. Frankenstein felt when he created his monster.

That being said, I grew up on console games. I was 100% a console gamer from NES through the early stages of Xbox 360. In fact, my earliest memories of life were sitting in front of the T.V. playing Legend of Zelda on the NES. Throughout the years, I would remember the crazy PC graphics card advertisements in Electronic Gaming Monthly and the like. I never understood why people would play games on a computer when there was a perfectly good Nintendo or Playstation around. 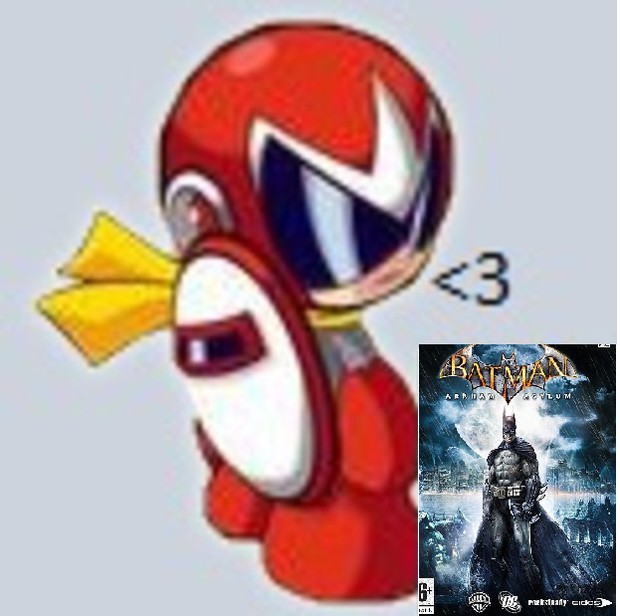 (yes I know its pixellated to hell and back, I'm using MS Paint for Christ's sake! Throw me a bone!)


The combat, the story, the animations, all of it make it one of the most unforgettable journeys in video game history. I have full faith that the sequel lives up to its greatness. However, since Arkham City is being released on PC in November instead of today, I have to go out of my way to avoid certain websites/people again so that I can experience the game the way that I want to.

The point is I have a love/hate relationship with PC gaming. More and more, PC games are just terrible ports of console games. My biggest example here is Saint�s Row 2. SR2 is probably in that top 5 games of all time list with Arkham Asylum, and my only experience with it is on PC.

In case you are unfamiliar with the PC version of Saints Row 2, here is the scoop: it is an unplayable mess of a game. You have to go out of your way to find the COMMUNITY MADE modification that lets the game run at a reasonable frame rate. If you have a dual-core processor, forget this game even exists because it simply will not be playable. I speak from experience: I couldn�t play the game (a legitimate copy from Steam, mind you) with a dual core processor.

Even though the game ran poorly at launch and was ignored by it's publishers, the fact that the community had such a love for the game that they spent hours of their own lives working to make this game playable at all on the PC is a perfect demonstration of why I love the PC gaming community.

So the TL:DR version of this post would be that while I�m upset I am going to have to try extremely hard to avoid spoilers for Arkham City for another two weeks, in the long run, seeing a machine that I have created with my own two hands play a game in higher visual quality than a PS3/Xbox360 will be worth it. Even though people will have Arkham City beaten before I finish this post, I am okay with it because it seems the developers wanted to ensure the best possible experience a PC gamer can get with the PC version.

In a perfect world, PC and Console releases would be simultaneous. I don�t know much about game development and running a game company, but it would be really nice if developers could work on the PC release of a game in a way that will let it release alongside its console counterpart.

As always, please comment with critiques of my writing as I am extremely eager to work on my writing abilities. Don't forget: no matter how down you feel, there is at least one random person on the internet who loves you <3