[NVGR] 8 of the Most Wonderful Songs I Know

8:35 PM on 10.16.2011 (server time)    0
I like music. Most people do, really. My tastes tend to lie somewhat outside what you might hear on the radio, but that's largely coincidental, and fortunately still contains a whole load of marvellous music. Average Joe just might not have heard much of it. Which, I have to say, is a shame. Perhaps as a result, and partly inspired by the great work of the guys over at Stereotoid, I've been feeling tempted to start putting up lists of 'X songs that best fit this criterion'. Whether or not this becomes any sort of series - I wouldn't bet on it - I couldn't resist putting up this particular list.

These eight songs are among the most fascinating and gorgeous pieces of music I've ever heard. (I'm no expert on classical music; I only really listen to it in movies and games.) I've included Grooveshark links for most of them rather than YouTube, as many of them are poorly represented on the latter for some reason, with only crap-quality live recordings to go on. Grooveshark's great, anyway.

Some dudes. See immediately below.

8. Long Road Out of Eden - The Eagles
http://grooveshark.com/#/s/Long+Road+Out+Of+Eden/2gILHJ?src=5
Something of an epic, this is a recent song from a classic band. A slow and meditative piece, it charts the emotions of an American soldier as he first dreams about, then returns to, his homeland, and compares the idealised version of life the soldier held in his head - to fight for - with the harsh, commercialised reality that greets him on his return. It's quiet, reflective and sad, a moving combination, and the understated melodies have a captivating quality about them even without the sublimely written lyrics. Throw on some headphones and check it out when you have ten minutes of not much ambient noise.


7. Blow Your Mind - Jamiroquai
http://grooveshark.com/#/s/Blow+Your+Mind+part+1+and+2+/3Xc1NL?src=5
And now for something completely different (already?). A funky, upbeat acid jazz tune about a sexy lady. Sounds simple enough. But it's full of glorious instrumentation - a succession of half-melody half-solo parts on a variety of instruments - and just has this amazing feel to it. You can dance to it or relax to it in equal measure; despite having a fairly quick tempo, there's something unhurried about it. Most of it lacks any sort of lyrics (the 'part 2' mentioned in the link is purely instrumental). The bass groove is just that - groovy - and Nick Van Gelder's drums are played with his trademark light, intelligent touch.


6. Subdivisions - Rush
http://grooveshark.com/#/s/Subdivisions/1fyui2?src=5
Rush are gods. No doubt about that. Subdivisions is from a period in time where they apparently loved them some synths like nobody's business. Layered and tasteful, Subdivisions' synth sound perfectly complements the rest of the instruments, fitting neatly into Rush's unmistakable aesthetic. The intro draws you in, gradually constructing the song around you, and 16 bars in you're completely hooked. It's mesmeric. The lyrics are a little bit weird, a little bit complex, and even that serves to enrapture you. If you haven't heard it, you're probably thinking I'm going a bit mad here, but music can have a powerful effect on a person. Subdivisions is that kind of music.

5. Paradise Lost - Symphony X
http://grooveshark.com/#/s/Paradise+Lost/2H0AGG?src=5
Ahh, progressive metal. Such delights you bring us. Paradise Lost, from the (amazing) album of the same name, is an epic biblical love ballad thing, written and performed by the sort of band who make every fourth bar of their main piano progression 7/8 instead of 6/8 because they can. And you know what? That extra note makes all the difference. Unlike your average ballad, Paradise Lost has a real sense of motion and emotion to it, and the two play off one another, sweeping you up and away with it. It gradually gets fuller and fuller as it goes on, with Michael Romeo's masterful guitar playing slowly coming in alongside a fantastic vocal line, and yes, it has a massive-yet-tender solo a few minutes in. Symphony X are masters of texture and depth in their songs (more on this in a moment), and almost every part of this piece is a complex, layered mesh of sounds and instruments. On top of that, Russell Allen's singing is incredible, and he delivers feeling in every moment. Marvellous is what this song is.


4. What Breaks a Heart - Joe Satriani
http://grooveshark.com/#/s/What+Breaks+A+Heart+album+Version+/2CoMLB?src=5
Instrumentals are funny things. The writer gives you a clue as to what it's about in the title and you extrapolate from there. Considering that it contains zero words, What Breaks a Heart is remarkably moving. Satriani, virtuoso guitarist that he is, expresses more with his guitar lines than many others could hope to achieve using lyrics, strings, anything really. To me at least, What Breaks a Heart charts the cyclical rise and fall of a love life - loneliness or ambivalence, excitement upon meeting someone, the elation on discovering your feelings are mutual, the sudden panic as it falls apart - then back to loneliness again, and the whole thing goes round in a circle. I've spent a lot of time falling for unreachable or uninterested women, as have many of us, so while I never got to the elation part until a year ago, I can certainly relate to the way this sort of thing repeats itself over and over again, and the effect it can have on one's heart. Bravo, Joe, you legendary man.


3. Journey to the Ocean - Cold Fusion
http://music.napster.com/coldfusion-music/album/pathways/12589311#21342568
Cold Fusion are a strange band. As far as I can tell, there are only two members, at least one of whom is female and occasionally sings in a wispy, wistful sort of voice. One plays guitar and the other plays piano, and they compose some incredible music. Like What Breaks a Heart, this song - Journey to the Ocean - is in fact an instrumental, and a stunning one at that. You can hear the waves in it - really hear them, sense the rolling tide, and feel snatches of wonder at the sights that befall the journeyers as they're carried into nature's great unknown. You worry as the skies cloud over and night brings the storms, and smile as the sun rises over a calm sea at the song's beautiful conclusion. 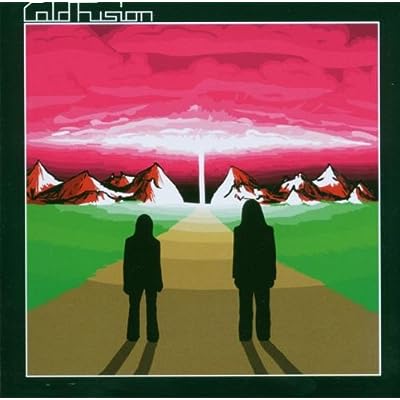 2. Communion and the Oracle - Symphony X
http://grooveshark.com/#/s/Communion+And+The+Oracle/3TKqFc?src=5
What? These guys again? Well, it turns out they're fantastic at writing really wonderful music. Communion and the Oracle makes no sense whatsoever. It's off a concept album about Atlantis, and I have no idea what most of the lyrics are going on about. That doesn't stop it from being amazing, though. Remember how I mentioned that Paradise Lost had a masterfully assembled texture? Communion and the Oracle goes beyond even that, blending in snatches of orchestral or classical music, moving smoothly from relaxed quiet sections to moving, rolling melodies to stirring epic sections that can raise the hair on your arms if you listen to them too hard. Like Journey to the Ocean, it sounds like the sea - except this time we're under the water, and the song's texture sounds like depth and shoals of fish. It's a completely engrossing effect, and gets stronger the more you experience it. Sometimes, in the stirring parts, it switches to a more human emphasis, with the lyrics talking about uniting nations. So someone is joining forces underwater. Maybe. Either way, pretty much any part of it can be relaxing, deep and meaningful, or epic depending on how you're listening to it, and that's a fantastic achievement, well worthy of a top-3 spot here.

And yet somehow, it still can't beat...


1. The Rain Song - Led Zeppelin
http://grooveshark.com/#/s/The+Rain+Song/2BIF1e?src=5
Let's take a step back. We've had a succession of complex, involved pieces, each one skilfully composed and perfectly pitched, expressing something indefinable and beautiful with each glorious phrase. The Rain Song is not that sort of song; it's simpler, quieter, less ambitious. It's largely based around a couple of guitars relaxedly playing mellow chords and the odd note in between, later on throwing in some strings and an understated piano to fill out the sound. You don't hear any drums for the first half of it. It's a love song. And it's beautiful.

Try and listen to it when it's quiet. For best effect, lie back on your own in a tent in the Lake District at midnight when it's raining, use good headphones, and experience the most tranquil moment of your life. It worked for me, and that's not hyperbole - it genuinely was the most tranquil feeling I've ever had. Of all these songs, The Rain Song is the only one that makes me want to simultaneously smile and cry a little bit. Well done, Led Zeppelin. 16 years before I was even born, you managed to make a song that would push all of my internal buttons. :) Seems I'm not the only one, either.

That felt like a journey. If you stuck with me, well, thanks! Do share your opinions. I'd be very interested to see what other people thought of my music. :)
Login to vote this up!