I started blogging on Dtoid thanks to Bob "Necros" Muir. I met him during my second year of college and we became fast friends, Id been lurking Dtoid for a while, getting my news, listening to FailCast and occasionally commenting on stuff. I wanted to become a part of the community and he suggested I start blogging about something. So I started blogging on DTOID, and havent looked back since (even though I sometimes stop blogging for a while.)

JohnnyViral is a mix of the names of two characters I enjoy. Johnny is the name of an original character of mine for an RPG a friend of mine made up in this really interesting world and I enjoyed playing him and Ive always like the name John to begin with. Viral comes from the character of the same name from manly as all hell anime Tengen Toppa Guren Lagann, probably one of my favorite characters of all time.
As for my avatar, I've always been a fan of the Mega Man series and even the Mega Man himself is a great character I've always thought Protoman was a bad ass, and after recently discovering the existence of The Protomen I became even more convinced that Protoman was a bad ass.

My favorite game... Shits that's a tough one. I'd have to say that to this day Power Stone 2 is a game that I can play with people or even by myself and still enjoy the hell out of it. Too bad CAPCOM only gives a fuck about whoring out Street Fighter and Resident Evil... Fucking Capcom. And as for scene, I love the Barney Callhoun a whole bunch so any scene with him in Half-Life 2 really, though the very first scene where he tells Gordon "About that beer I owe ya." Is my favorite out of all of those.

How did the 321GoCast come about? What inspired it and how did you set it up?

Ryu89, Crocbox, Analoge, King3vbo, Cataract and myself had a DnD game over skype a few years ago (the first of many) and during the games we would talk and just goof around on skype. Croc though it would be fun to record it and publish that as a podcast, I took that idea and ran with it. Now we are one of the more popular unofficial community podcasts and we get the privileged of recording live on DTOID's live channel. 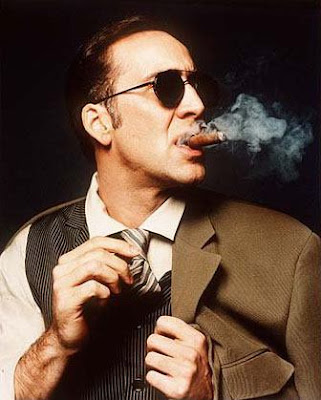 You describe yourself as the angriest man in gaming. Why is that?

I have a lot of pent up anger and rage aimed at no particular subject, and it's very easy to push my buttons so it's easy to get me mad. I've got a short fuse and I don't apologize for it very often, so once I got more involved with the live channel I wanted to kind of pay homage to Jon Carnage who is "The Most Trusted Man in Gaming", so since I'm not journalist by any means I figured Id go with what most Dtoid people already knew me for, my anger. And so I started using "The Angriest Man in Gaming."

This is a tough question, luckily I've hugged my fair share of Dtoiders at the few PAXes that I've attended. But I have yet to hug my good friend Spencer Hayes, so him.

The proud owner of a fully functional Mr. Dtoid robot.

Now that I�ve grown I can�

Tell you I hate you and mean it.

What game this fall season are you most excited about?

Gears of War 3. Like Hollie I am obsessed with the Gears games and the universe. Read the books, played the games to death, I even bought a pair of COG tags. I'm a huge Gears nerd.

Couldn't find the .gif so here's this thing

There is a woman who seems to be looking in your general direction with a peculiar look on her face. As she comes up to you, you quickly say�.

Yes, thats right, you are about to meet JohnnyV baby!

Spend all my money to party with as many of the DTOID community as I could get to come and celebrate with me.

You're quite the League of Legends fan. Anything you want to say to get more Dtoiders to join you and the PC FNF?

I love League of Legends. It's a fun game, though it is competitive in nature it lends itself to funny situations and with the addition of Dominion and Bot Matches it is quickly becoming the standard in the OBA genre.

What is your most prized possession? (Family and Loved ones don�t count)

That's a tough question but I think my most prized possession is the Mr. Dtoid bobble head I got at PAX 2010 for being one of the people who wore the Mr. Dtoid helmet. Every time I look at it it reminds me of how much fun i had those days.

What do you want to see from us at 321GoCast, or from me?

Why Nic Cage? Because it felt appropriate.
Login to vote this up!