There Would've Been Brawl: Let's Keep It Clean

3:47 PM on 10.13.2011 (server time)    0
Today's entry got to me just in the nick of time. Saving me by the bell is Reilly Campbell, who portrayed Punch Out!'s Little Mac, garnering a bit more screen time than might've been expected from a support trophy. Can't say it was disappointing, however, and neither were his answers to my interrogation. 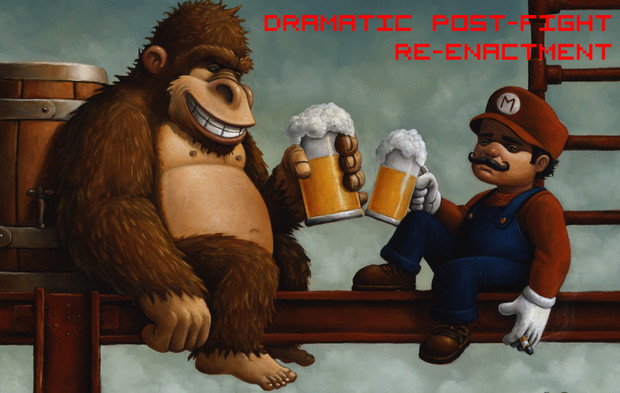 How choreographed were the fight scenes in the show, at least the ones you took part in? Were they all pretty much scripted out ahead of time, or did you guys get to cut loose a bit so long as you weren't doing any lasting damage to one another?

Matt had his friend Will choreographed most of the fight scenes, especially the big brawl at the end. I'd say some of the earlier fight scenes might have been slightly ad-libbed, but once the show got picked up by The Escapist and the budget increased, the professionalism with every aspect of the show took a big leap. Having Matt or Zach guiding us, you never felt like anything was rushed though, they always had us change the scene until they got exactly what they wanted. We tossed around the idea of me knocking a star out of someone during a fight scene, but sadly it never made it into post.

Who do you Brawl with when you play Smash Bros, and do you have a stage you favor?

I was a huge fan of brawl. I even bought three copies of the Wii version a week before the game released and threw a huge party at my house with up to twelve players playing at a time. I gave the original Super Smash Bros. a lot more love though. Captain Falcon was my main, if only for FALCON PUNNNCH!!!ing everyone of the map. I favored Hyrule and Fox's Space Ship most, and always played with items on. Except health increasing items, that was considered cheesy.

Maybe I'll manage to get all of these out by week's end after all. We'll see. Only three more left!

Mario/DK image originally by Bob Dob.
#ShareonCommunityBlogs
Login to vote this up!