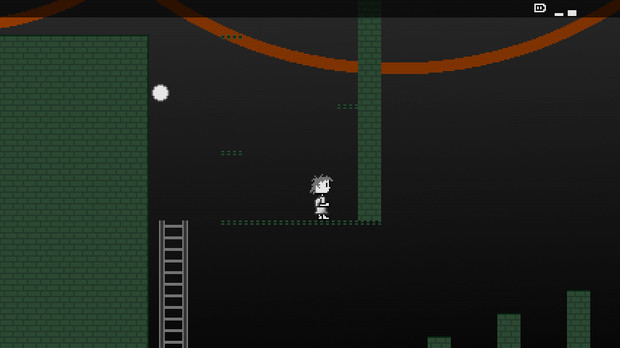 Do you plan on continuing to develop your games independently like now? Or do you see yourself trying to reach out to other's to help produce the project a bit quicker? Such as maybe starting an "unofficial" development studio?
Rabon: My next game will be like 4kg has been, but hopefully much quicker. Teaming up with others would let me develop bigger and more involved games, but there's a certain amount of expectations from those people you get involved in. It's a tough nut to crack but I think I will find an answer.

Is starting your own development studio a goal at some point? Is it something you'd like to do?
Rabon: Yeah, of course. I don't know if it'd make any money though *chuckle* and I probably wouldn't handle the business side, so I'd need to find someone for that. If I could be a dedicated game designer, at my own studio or someone else's, I'd be content, but I have this feeling I can't shrug off that game design is the "easy way out," and that you have to be a coder or an artist first, then progress to a design role. That may or may not be the case, but I'm hoping that making my own games will be a "third" option, and that they'll show the other studios I'm a good game designer.

How has it been trying to handle a project by yourself?
Rabon: It's really tough to stay motivated. It's easy to say, "Well I had a busy day, so I'll work on it tomorrow instead." If I had worked on 4kg every day it would be out by now, maybe even a year ago. Designing the game was a blast, and even coding and putting the sprites together. But just pushing through is a trial by fire. That's why having a complete design doc is so important, it lets you basically check things off a list and have a sense of completion and achievement.

Is there anything you wish you did differently?
Rabon: Besides not having it released already, I would probably say I wish I had chosen HTML5 to start with. In the beginning, 4kg was for Android, but I switched after my artists dropped out of the project. I could have gotten a good bit of work done if I had stayed on one platform, although who knows, maybe not.

Speaking of artists, where did the music come from?
Rabon: 8bitcollective hosts a bevy of fantastic chiptune music all available under a Creative Commons license. Even still, I specifically sought out each musician to ask for their approval for putting their music in 4kg. They have all agreed and 4kg has an absolutely fantastic nine-piece soundtrack because of them. I will be releasing this soundtrack for free on the game's blog following 4kg's release.

When can we expect to see 4kg's release? And is there anything else you would like to add?
Rabon: After nearly two whole years, 4kg will be released for free this November. Users of any modern browser should be able to play it, although the game is being specifically optimized for Google Chrome. I am thinking of making other versions, like for Facebook, Android, or iPhone, but I don't know how long those could take, so I can't commit to that right now. I hope you look forward to 4kg's release, I know I am. I am actually a bit into designing my next game, which could be like something nobody's ever seen before, so I'm excited to be able to finally move fully into developing that.

You can head over to 4kg's website to continue to follow is development. A demo is also available on the site for anyone interested in giving it a shot, and contributing motivation to one man's dream.
#OpinionEditorial
Login to vote this up!