So anyways, long vacation to get some stuff done and enjoy college a bit, but now that both of those things have disappointed me yet again we're back to talking to the people I love at the place I love.

Today to kick off season 4/5/? of the C-Blog Interviews we have Janitor of Mash Tactics and host of Also Talks Bill Zoeker!

Now we're all very excited to have him here and hear his word thoughts so without further adieu...

� What made you start blogging and why Destructoid?

I've been lurking Dtoid for a few years, having discovered it through HAWP like so many others. Then I got involved around Christmas 2010 after getting hooked on Mash Tactics. I don't actually blog. I've always been decent at writing, and have strong opinions, but putting my nose to the grindstone is a bit of effort. Expect to see me writing some in the near future, now that I am all official and stuff.

� Where did you get your username and avatar? (Alternately, you are very attractive.)

This may shock you, but Zoeker isn't my real last name. It was a name I came up with for my Paladin in World of Warcraft. It's Dutch for "seeker"(NERD) and I realized too late that people have just as hard a time pronouncing it as my actual last name. It's Zo-kur! I plan to make it legal in the future. Anyway, I have this desire to be entirely myself wherever I am on the internet, so I always use my name and a picture of me.

My favorite game of all time is Final Fantasy VII. It's beautiful, rich, and expertly executed. I love it. Come at me, dawg!

� Now you host Also Talks. Tell me, what is the ratio of actual game content to...as your Facebook page says "Dick Farts".

Dick Farts is a thing that arose from a conversation had during one of are test shows. We were discussing Bulletstorm. 'Nuff said. What we end up talking about really depends on our guest. A lot of times we'll just run through the news or current issues, and resort to dicking around when I run out of relevant topics. But then we have guests like Max Scoville, and end up just dicking around the whole time. Those are some of my favorite episodes, but I like discussing games seriously sometimes.

� If you could hug anyone on Dtoid who would it be?
I'll call it a tie between Jonathon Holmes and my under-appreciated co-host, Johnny Luchador. We still haven't met in Earth Realm.

I would punch Johnny Luchador, and then he would blade and fall off the stage and be benched for two weeks vacation because the whole thing was a heel-turn work setting Lucha up for a title-run comeback arc! 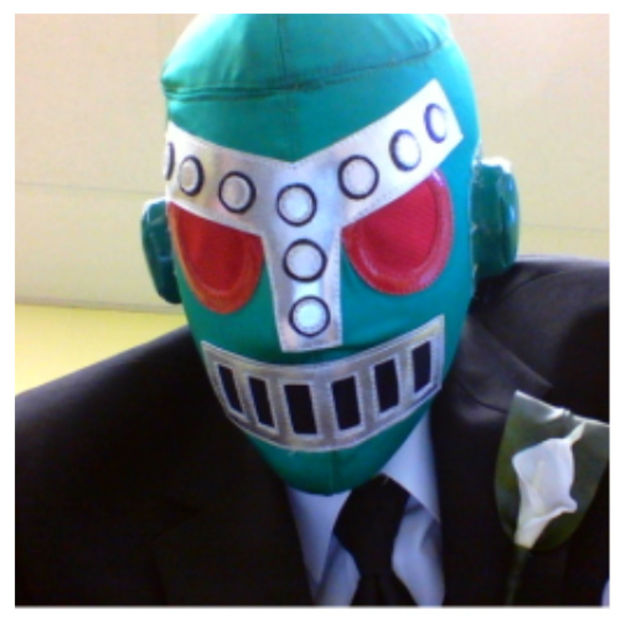 (Punching target and Nice Guy all at once.)

� When I grow up I want to be�
A financially sound, talented person, with a lovely lady partner and a better way to deal with stress.

...not sleep at night. But for the first time in my life, I'm on a stable path to gradually building a life for myself, and I've honestly never been happier.

� You also Janitor...ize...Mash Tactics. What exactly does that involve and does it include information we may not want to know?

I stuck the Janitor title on my Twitter profile, because I really don't have a title. There's a laundry list of things I do for Mash Tactics and Dtoid's Twitch.TV channel ranging from running the moderator operations, to writing the daily Mash Tactics show posts. I suppose my Destructoid title is 'Contributor'; and that doesn't begin to describe it, but I'm happy to finally be official, and it's nice to not be called "aren't you an intern or something?"

� What game this fall season are you most excited about?

It's been a little hard for me to say, as I have had no budget to buy games, and nothing particularly tickled my special place. Then I remembered Halo Anniversary with it's sexy classic Master Chief, and it's delicious $40 price tag. It is the first game I have ever reserved.

� If you could find an image online that describes you, what is this image?

I learned about the time I was setting up my original MySpace profile that I can't stand to describe myself. I am satisfied just letting my personality represent me. So, as I mentioned before, any picture of me that has the rare quality of not making me look like a stoned narwhal is what I cling to.

(Not Pictured: A Stoned Narwhal)

Whatever you're selling, I can't afford it. (OR) Yes, I am really Bill Zoeker from the internet. (OR) What's yo name, what's yo numbah, gurl? Ooh wee!

� Why do you believe you deserve to be Ms. America?

Have you seen my bear Tibbers? 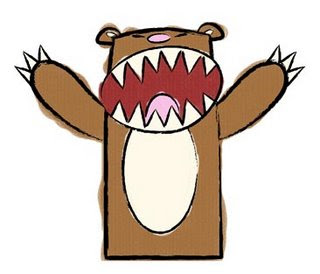 (Artist Representation of Tibbers.) (All Rights Belong to whoever drew this and google is telling me it was My Morning Jacket.)

I would probably meditate. I don't want to go out cranky. That, or start propositioning my platonic female friends for sex.

It would have to be my laptop. It's overpriced, underpowered, and a little retarded since it took a dive off a stool; but if I didn't have it, you wouldn't know who I am. Hell, I'm writing this on the damn thing.

Where all da fly honeys at?
Login to vote this up!