Talking to women about TtWaV 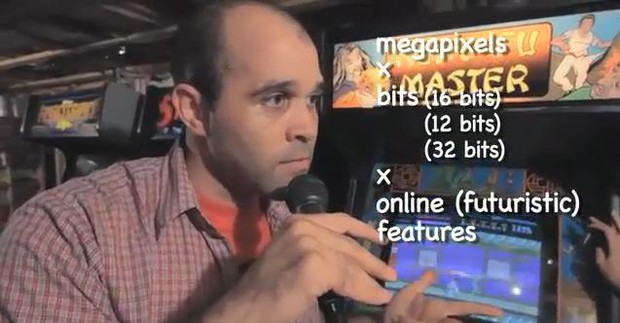 I believe that Jonathan plays the part of the media, the internet, or our public hive mind. Like I mentioned earlier, all of the controversial game news that, as gamers, we are all paying attention to - all the chaos, that's all played by him. Though I think most of us know that Jonathan isn't 'that guy', but my girlfriend didn't know at first. With the videos alone, it's hard for people to tell that Jonathan is actually not a dickhead and actually a well known and loved personality on Destructoid. Anyone with enough of an attention span can get the joke, but if I have at all convinced you to watch the videos, please read the post below it that he writes as well. Comment on the opinions and keep the show going with your attention.

Because of this duo of reasonable women against Jonathan's nonsense, a beautiful thing occurs. As gamers, we see that it isn't always common to be ranting about the little details in the industry. I'm reminded of Pach Attack on Game Trailers. Pachter doesn't know a lot of the weird details we all can get in a fuss about. His response to the 3DS crap was basically that people are crazy if they think that nubs alone will take down all of Nintendo. Even a jaded gamer like me can see these videos and chuckle at the little reminders for me not to take the industry so seriously! The voices of reason tend to say, "Take it easy, don't brush off all games without online multiplayer! That would be too bold! No need to miss out on great games accidentally!"

To sum this all up: There are a lot of things in these videos that are not what they seem. Holmes is not the fool he plays in the video, the girls are not there just to show their tits or GTFO, the interviewer is not the voice of reason or even a mediator, and it is a 'great' idea to talk to women - not a bad one. I hope everyone continues to 'get it' and enjoy the show for the reasons I've mentioned and perhaps for reasons I haven't. My girlfriend and I will continue to watch. And I will keep reassuring her that Jonathan is not a dick.
#ShareonCommunityBlogs
Login to vote this up!