Disclaimer : I know that it’s the beta , I’m addressing the problems / things I noticed with the beta.

So with all the hype surrounding the big shooters coming this fall (Call of Duty and Battlefield) I felt obliged to at least try out one of them, I’ve been a pretty frequent FPS player as I divulged hours upon hours playing the first modern warfare and I’m no stranger to LAN parties where we mainly play these crazy things so in order to prepare for upcoming events I downloaded the game favored in my friend group namely the Battlefield 3 beta.

As I said I’m no stranger to FPS:es but my time with previous Battlefield titles are limited and since I’ve never played with more than 6 people on huge maps in prior games my perception of the series was kind of skewed so therefore I was hesitant at first.

I want to address that for people who don’t know you are required to use EA:s steam esque application called Origin to play the game. Which worked kind of smooth taking care of downloading the game and installing it for me was neat. But some problems emerged when I started browsing the web based server browsing / community system. When I played alone it worked nicely as I could browse my friends and join the games they where playing on but as I attended to a LAN party this weekend things got more tricky. 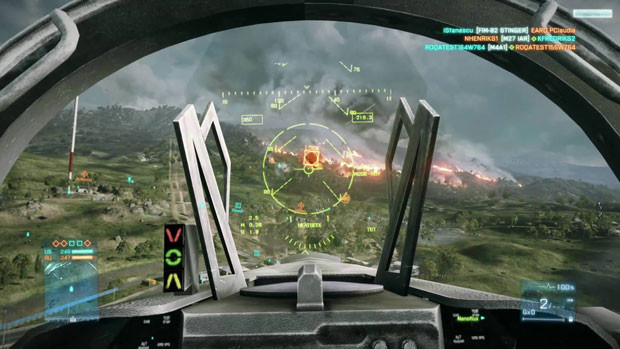 So in short, The battlelog community / server browser is pretty broken , the game is buggy and doesn’t allow for you to play very well with people you know , but the foundation is definitely there for a great experience, and once in a while it had me there, but then my tank fell trough the ground and killed me instantly.

And while I’m still looking forward to the final product I am a bit worried when launch is not even a month away and they are still beta testing an old build, I'm probably going to hold out a while to see if my friends deem it worthy, how about you guys ? Was the console beta different ? Did you love it / hate it?
#ShareonCommunityBlogs
Login to vote this up!