My Connection to Commander Shepard

4:35 PM on 10.07.2011 (server time)    0
I recently went through a traumatic event; I lost my Commander Shepard. Not to the hordes of Saren’s Geth; not to legions of Collector drones; not even to that bastard, Harbinger. No, I lost my Shepard to Microsoft. 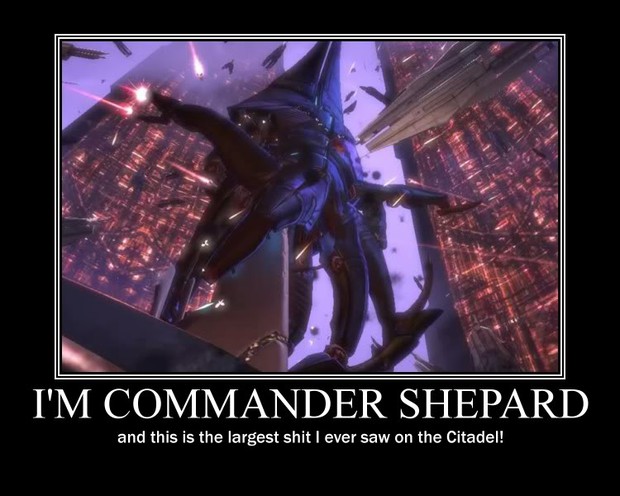 Last night was the first time I played Mass Effect since the tragedy of that fateful day. I tried for an hour to rebuild the face that now haunted my dreams, but even after getting 99% of him right I still feel odd when I look at him. It feels wrong, and I know he’s not the same person who deliberately killed off Jacob Taylor because he wouldn’t stop saluting me. No, this is Shepard 2.0; the failed clone of a brilliant and sadistic man.

I guess the point of this is to highlight the attachment a gamer forms with their avatar. It is a strange, yet wonderful, bond, and one that we cherish in a way similar to the way we value our own personal traits. I’m not saying I’d kill you if you salute me, but I am saying that I’d happily let the British Government die if they failed to acknowledge the Reaper threat.
Login to vote this up!

Hi, my name is Lyle.

I started gaming back in the Megadrive/Genesis era. The first real video game I ever played was Sonic and Knuckles. I used to spend hours trying to beat that game, and the lack of a save feature meant I had to constantly cover the console with a towel as a primitive means of not losing data; this was purely out of fear of my Mum switching off the console during the time I was at school. It wasn't until the N64 that I became a "hardcore" gamer. To this day it's still my all time favourite console.

I've always been a multi-platform gamer. I don't see the point in limiting myself to one console; I want to play all of the exclusives, son.

I have a wonderful, and ridiculously beautiful girlfriend (seriously, she's ridiculously beautiful). I'm not sure how I managed to get her to agree to being my girlfriend, especially considering my first encounter with her involved spilling a drink down her dress... Alas, five years later and we're still very happy. She's the best thing that ever happened to me.

I have a degree in English, and dream of one day becoming a video game journalist. It's a hard industry to break into, but I'm still young and very determined.

I managed to get a blog posted on the front page:

I'm Not Sure You're Right For Me, Ganondorf