6:19 PM on 10.06.2011 (server time)    0
In the coming days, and with a fall break around the corner, I hope to get to some belated reactions to Gears, my current favorite indie game, and why more games should emulate Dark Souls.

For now though, a few thoughts on IGN's smack-down of former Secretary of Education, Bill Bennett. 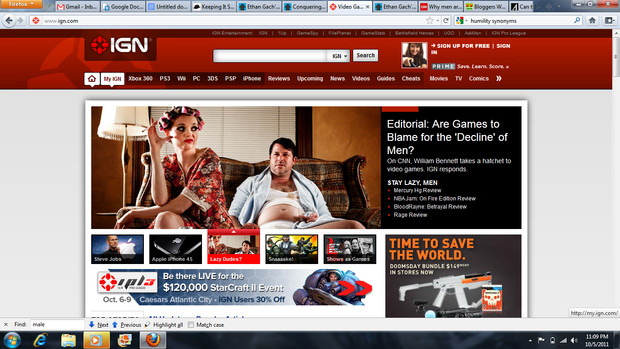 Instead, IGN devoted nearly 500 words and a homepage banner link to a crudely juvenile overreaction. Not only does Campbell fail to see past his gamer associations and actually acknowledge the social ills Bennett is trying to address (rightly or wrongly), but rather than devote the limited space in IGN's editorial to offering a humble yet full-throated defense of gaming's cultural value, Campbell and Co. preferred to languish in gamer victimhood.

I'm a gamer and a super liberal one at that. Sometimes in the morning I turn on Bennett's AM talk radio program just to get my blue blood boiling. But when one of the medium's most prominent media outlets manufactures controversy where it barely exists, well, it almost makes me embarrassed to call myself a "gamer."
#ShareonCommunityBlogs
Login to vote this up!