Villains: The Game I Felt Bad About Beating 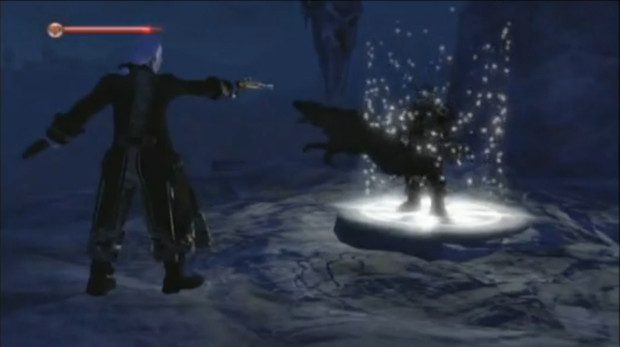 Killing the dog was a bit excessive though.

So, boss fight. Come the very end of the game, Sparrow and Lucien face off in the Spire. He has the 3 heroes trapped and is ready to make his wish. Sparrow listens to his final speech for a moment, before pulling out her own pistol. The hero takes aim and fires a single shot, the force of which sends Lucien flying back and off a ledge to his death.

The game moves on, barely acknowledging the death that had just occurred. The blind seer from early in the game reappears now and offers you one wish. Instead of wishing for money or for the lives wasted on the spire's construction to be returned, my Sparrow wished to have her family back. And I felt bad about it. Lucien was a terrible guy who did some pretty terrible things. But in the end, after everything he did and why he did it, Sparrow shot him and used the spire to get the one thing Lucien truly wanted.

So yeah, Lucien was well established for the villain of the game. But even villains have motivations. Like with Fable 2, the motives behind the hero and villain may even be the same. Sometimes hero and villain is only a matter of perception.
#OpinionEditorial
Login to vote this up!