6:34 AM on 09.28.2011 (server time)    0
We are precious about our obscure passions. Forever wanting them to stay hidden from the prying eyes of the hated general public. The general public who play those silly touch screen phone games, who simply don't understand games like we do.

Some games are obscure for good reason, others the inspiration behind whole genres. The classic Herzog Zwei inspiring the concept of real time strategy which had piss poor AI but even now influences games of today such as Brutal Legend, which forever (on many a gaming forums) seems derided as a poor, misleading, missed opportunity of a game. Will such a game be regarded well in years to come? 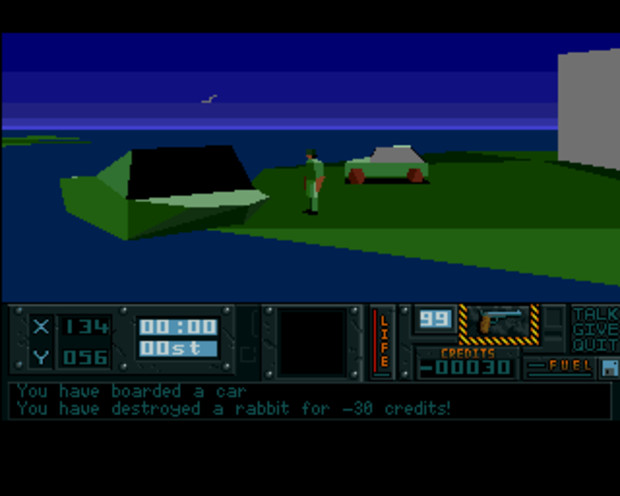 Obscurity is becoming rarer these days. I found everything I thought obscure on the internet in seconds....

I miss those games which had the personal rather then corporate touch. Those games have become rare indeed in the big budget world. It seems you need the big creative name to inspire quirky new gaming concepts (oh hai Mr Kojima) and that saddens me and directly diminishes our own obscure games of today. Now is that a bad thing? In the interests of new and exciting ideas... yes!

The only upside to the behemoth of modern gaming is the reinvention of "indie" gaming which is a good thing for all. Small low cost games that divert in other directions other then shiny graphical power and could well inspire future big budget gaming.

Will games such as Resonance of Fate, Haunting Ground, Folklore become someone's obscure classics in the future? With the holy power of internet it's pretty hard for even the most bizarre modern game to remain hidden... in fact games like "Holy Invasion of Privacy, Badman! What Did I Do To Deserve This?" flourish on the idea of it being one of those precious hidden gems ( I spoke of in my first paragraph)... we all know about Badman.

The long and short of this article is... does anyone remember an arcade game in the 16-bit era where you're a transforming side scrolling spaceship that transforms into a robot? You know.... like R-Type.... it's doing my head in...
#OpinionEditorial
Login to vote this up!