6:01 PM on 09.26.2011 (server time)    0
Hey what do you know it's that time of the week again where I, the rejected son of platypus makes another attempt at writing a coherent bit of English and failing like Britney Spears at life. I actually managed to come up with more than three flaccid idea's to torture you all with. Let the stupidity begin. 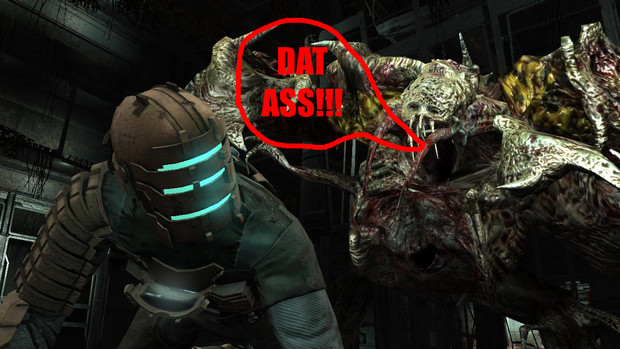 Was Dead Space 3 accidentally announced this week? The f**k should i know. I'm just some lazy ass gamer writing about crap I have no grasp on. But apparently it might have been when an israeli news show went for a look-see around an EA building where they caught a glimpse of a "Dead Space 3" poster hanging around. so yeah, maybe not announced, but got IGN a couple of cheap hits (in the face preferably).


Well that's me done for this week. Again i apologize for any mental harm committed by you reading this, but you should really be playing outside. You never know, I might do another one next week. SO RUN DAMNIT! See ya'll next week.
Login to vote this up!