DRM: Is It Really About Piracy? 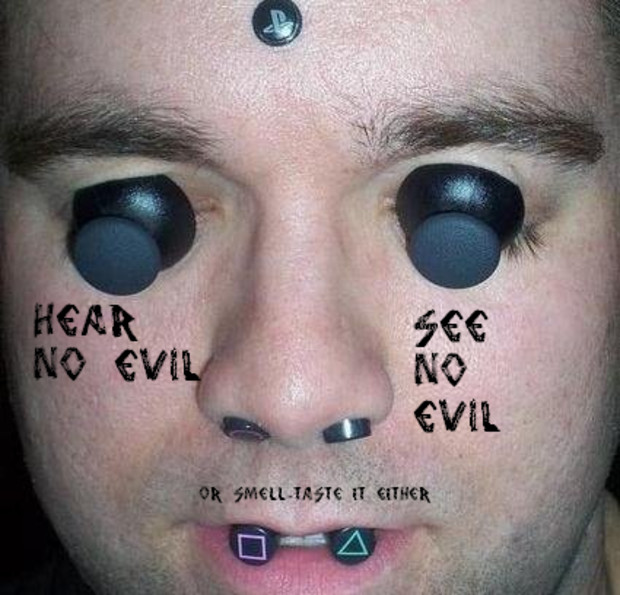 What is really worrying to me is (mostly console) gamers that just attribute DRM to stopping piracy when most PC gamers that are familiar with it realize that it really does not. And it�s all kinds of people like a reasonably good poster like Elsa:

�I do think that DRM is simply a necessity... like having doors on your store. However, I also think that they need to come up with a non-intrusive DRM system. PC gamers also have to get their heads out of their asses and realize that it's not a big deal if they need to have an online connection to do an authorization handshake with the game... but the handshake should last 48 hours or something... so people can still play their game on a plane. Again, new DRM is needed.. and gamers have to get over the whole DRM issue and realize that they are protecting their own future by using it.�

�The problem is that PC gamers are piracy prone self-entitled hand-biters. Game publishers are businesses who need to make a profit (obviously) and are either loading the games up with drm, or cutting their losses and dropping support altogether. PC gaming is becoming a less viable revenue stream, and is thus on it's way out.�
So that last bit is tacked on because I typed up most of this around a week ago and I stole those comments from flints blog

*last bit tacked on from this blog Here

* I apologize if parts of it seem scatterbrained, I on/off typed it up over a week or so and it's been a few weeks since then :P I have been getting increasingly lazy.... :<

* I tried to add as many pictures to make it easier on the eyes :P

* I originally started typing this up when I was in a anti-corporate or something mood and was going to say "but now I disagree with it kinda" but when I read over it again I still agree with it :/

* The inevitable "You're just justifying your piracy!!!". Here's the solid truth: I do pirate on rare occassion, say maybe 3-4 games in as many years and it's pretty much just DRM games that I REALLY wanted to play and felt playing on a console was a huge loss for that particular genre. I own somewhere around 400 PC games and continually buy more, currently enjoying Dead Island (yes I know Steam is DRM and I could go on for a while about it but v0v).

* Some people keep saying "If only they could have drm that is not intrusive!" Well they do, and my favorite example is Company of Heroes. It is so subtle infact that most people who own the game don't even realize it's there. You can either play off-line with just the disc or you can make an account online and while you are at the menu screens/lobby it requires you to be online (it will prompt you to put in the disc if it loses connection to the server to often). Once ingame even if you drop/servers go down nothing happens, you play as normal. The account you make does not expire and there is no limit to the number of installations. How does limiting installations make a difference anyway?

* I see a fair few other people saying (though I haven't yet on DTOID) "Oh just live with it now eventually the next court will declare it in violation of fair-use and unconstitutional and stuff!" I have no idea where this hope comes from as corporations getting their way over any sort of consumer rights have only gotten worse and worse (good old days when TOS didn't hold water anywhere I miss you :/) and it's more likely to get worse not better....

I don't really have anything else to say I guess, sorry again for mistakes I'll go over it tomorrow maybe :< :P I'll reply to comments and all that I suppose and thanks for reading!
Login to vote this up!