The Basics Aren't Bad: A Needed Return to Form.

5:38 AM on 09.19.2011 (server time)    0
I've played a great number of video game franchises over the years, and I'm noticing a common trend in video games these days is a need to re-invent the wheel. Franchises that have locked down their unique "style" feel the urge to change that style. But why? My thoughts after the jump.

As the video game world continues to evolve and grow, the long-time franchises are beginning to get old. Big names like Mario, Halo, Call of Duty, and Zelda are practically household terminology. Many devleopers are seeing this "age" as an opportunity to re-invent their franchises and breathe new life into their product. However, this can go one of two ways: They can do it right, or they can do it wrong. And there's a very simple reason why things can go right or wrong:

I think the biggest mistake most developers make when they make the decision to re-invent themselves is they just don't stick to their roots. I get the feeling that in some cases, devs say "Okay, we need to make this game feel fresh again...", then they proceed to throw everything off the table and forget all the great work that they've done in the past. Of course, this is the extreme, but it's been known to happen. It happened in the case of SOCOM 4, which user Lenigod recently wrote a fantastic (yet sad) piece on why he's giving up on his favorite series.I think in this process, no matter how extreme, a lot of developers tend to get wrapped up in new ideas and forget what game they're really making.

This need to re-invent the wheel is also producing more and more of what we call "gimmicks" in the game world. The Call of Duty series has seen a lot of these lately, with "fun" yet overpowered killstreaks or perks. Gimmicks are generally a bad thing, because once a gimmick is introduced, the game tends to rely a bit too hard on them.

Halo: Reach is a prime example of a series gone awry with both gimmicks and a complete lack of original form. I know I'm probably going to get some flak for this, but keep in mind this is my opinion and I'm going to back it up with plenty of reasons.

Reach was supposed to be a "swan song" to the Halo series; the game that Bungie had wanted to make for 10 years and either didn't have the time or resources to make. While the numbers may "speak for themselves", there is a large sub-set of the Halo community that is very upset by what Reach brought to the table. Halo has always been known for the fast-paced and ultra-competitive multiplayer battlefield, where skill and teamwork reins supreme. It's been about you, your gun, and your team.

In Reach, things are a bit...Different. Bungie felt, like many developers, that their game was getting stale and that they needed to re-invent it a bit. Unfortunately, this led to them forgetting what made their game so great. They came up with the concept of "Armor Abilities" that basically gave you infinite uses of different equipment on spawn. For those who don't know, this was something totally new to Reach, and had never been done in a Halo game before. Halo had always been about spawning equal to your opponent. Now, we have pseudo-classes that changed what advantages and disadvantages everyone has based on their own personal choices, throwing off the balance that Halo had been known for.

In addition, the game's shooting mechanics changed. Instead of a fixed reticle and an invisible bullet spread, Bungie decided to go with a popular shooter mechanic known as "Bloom". Bloom makes it so you are forced to develop a "cadence" to keep your shots accurate rather than simply pulling the trigger at the maximum RoF for whatever weapon you're using. This put the player in a tight spot: Did they spam the trigger, hoping that their bullets would land, or did they pace their shots and hope that the other player doesn't get lucky? It took emphasis off of aiming and movement and put it more towards risk assessment and a calculated gamble. Again...Something that was totally foreign to Halo's gameplay. Unfortunately, these two big changes in the series backfired, and many fans got very angry. A few Armor Abilities are overpowered and are subsequently overused. Bloom's algorithm is flawed, and actually makes it more worthwhile to spam your weapon and try to get lucky than it is to develop that "cadence" (Unlike in a game like Battlefield where spamming is only used for covering fire). These two issues have turned Halo into much more of a gimmicky spam-fest multiplayer environment than the previous entries in the series. Even in MLG, the legitimate "pro" players will simply spam their weapons because it's the best tactic (Go look at videos if you don't believe me). Because of this random nature to the game, Reach has actually been taken off of the main stage at MLG. Halo is losing it's competitive popularity.

Now that story-time is over, we can get to the heart of the matter: The reason Reach didn't do so well in the eyes of fans is that it did not stick to its roots and did not do what Halo does best. It tried to be something it wasn't, and didn't innovate in the right way. 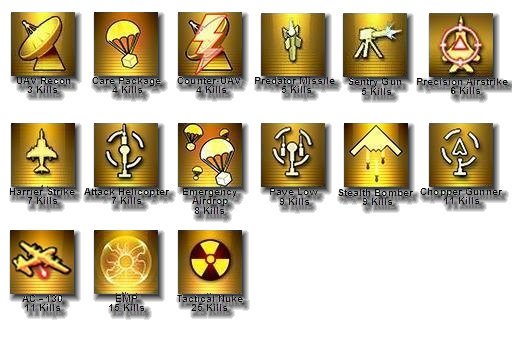 Gimmicks are also becoming something of a plague in the video games community. Nowhere has this been more prevalent than Call of Duty. With each new iteration, the gameplay stays almost identical, and all we see are new guns, perks, and killstreaks. While there is something to be said for "variety is the spice of life"...There's also a limit. Yes, calling in your own personal AC-130 in Modern Warfare 2 sure is awesome, but is it really fair for everyone else in the game? It feels fun to drive around that little explosive RC car in Black Ops, but is it good for gameplay balance?

Imbalanced perks are also a prime example of gimmicks gone awry. Longer knife distance? Okay, that sounds useful. Faster sprint? I can dig it. Unltimited sprint? YAY RUN FOREVER! However, lets see what you're left with when you combine them: A speed demon with go-go gadget arms that doesn't have to stop running...Ever. All these little perks sound great in a trailer, but you combine them and you've got something that breaks the f*** out of what CoD is supposed to be about: Aiming down your sights and shooting bullets and other people. These added gimmicks do nothing for the series, and only take it backwards.

This feeds directly into my next point, which is that it is possible to innovate and move a series forward without adding gimmicks or messing with your basic formula. The Mario games have done this consistently well since their inception. Even after so long, each new core Mario title feels fresh. No matter what iteration of Mario you're playing, you still know what to expect. The Super Mario Galaxy games are being hailed as quite possibly the best 3D Mario titles to date, and they're very recent in the series compared to something like Mario 64.

Why is this? Because whoever's in charge of Mario fully understands that sticking to a core formula is absolutely necessary: A princess is captured, and Mario must jump on things, gather coins, and perform dangerous genetic self-mutilations to gain inhumane powers in order to save her from a giant turtle. That's what Mario games are about. What they've smartly done is innovate in other ways. Back in the day, he was in the Mushroom kingdom. Then he was jumping through pictures into different dimensions. Now, he's flying around the galaxy on a ship that looks exactly like his face. But he's doing exactly what he's been doing since the 80s. And therein lies the magic.

I want to make it clear that I'm not against innovation. But, as I've said before, developers have to innovate correctly or they're going to lose what made their game special. They have to recognize that sticking to their core tenants is what will work for them in the long run, and that adding flashy gimmicks that look good in trailers is not true innovation. True innovation is finding ways to do interesting things with your original formula, not changing the formula itself.

I know this is a very opinion-based blog...But that's what blogs are about. I'm not an objective news source (Far from it!) If you disagree with me, feel free to do so politely. If you're going to post "DUDE REACH AND COD ARE AWESOME U JUST SUK AT EM"...I won't respond or care.

P.S No funny pics today, folks. I barely had time to find pictures on the internet, let alone photoshop them up. Next time, promise!
#ShareonCommunityBlogs
Login to vote this up!