We Will Persevere: Why the 3DS Won't Die Anytime Soon

1:28 PM on 09.18.2011 (server time)    0
Rushed release date. Pushed back launch titles. Unsafe for your child! Can cause HEADACHES! NUBAGEDDON!...Lets just say that the 3DS has been off to a rocky start, and things are looking fairly grim for our two-screened portable friend. But naysayers beware! The 3DS has a few tricks up its sleeve...

I told you all this was coming. 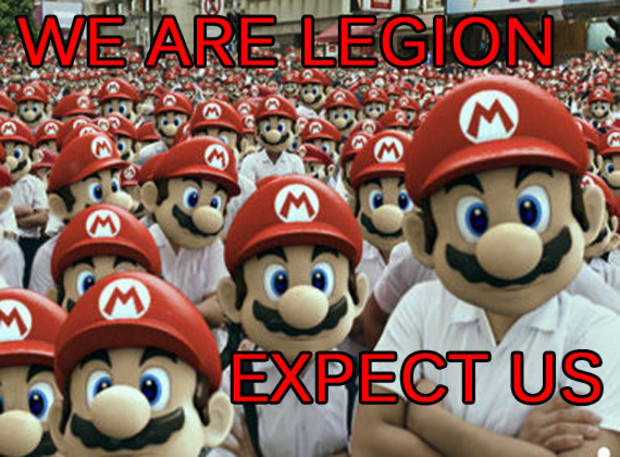 Once Pokemon and a few more must-have Nintendo experiences hit the 3DS, I think that consumers will be a little more open to the currently underwhelming system. What people seem to forget is that Nintendo has a very loyal and very niche following that are never going to give up on childhood friends like Link and Mario so easily. Once Nintendo gives those people what they want on the 3DS, the console's sales will pick up and morale will improve.

I think what Nintendo wanted to prove with the 3DS is that they could draw in 3rd party support and make the console about more than just their core game-set. There's nothing wrong with that. More non-core games is a noble thought, and can bring good things like the Bit-Trip series, which has an offering on the 3DS. However, in the process, I think they forgot that they do NEED that set of games for their console to stand up on. Waiting for the console to release with a Pokemon game or Super Mario 3D Land would have been a much smarter choice, and probably would have saved them all this hassle they're dealing with now.

But it's not too late! The 3DS may have been off to a very bumpy, rocky start, but once Nintendo brings it all home, I think the 3DS will be sitting pretty and will be looked back upon just as fondly as its predecessors.

This is, of course, all speculation, and it could tank in the next few months and my money wasted.

P.S. I'm going to try to get a blog up every day here from now on. Writing has always been a huge passion of mine, and while I'm trying for a degree in animation, getting a job as a writer would be a dream come true. I made a life decision to start building a portfolio, and I think the best way to do that will be to do two things: Write something and draw something every day. The thing in my life I'm most connected to is the video game world...So I figure why not start a daily vidyagame blog?

It won't be easy, but the Dtoid guys seem to be able to do it every day...So why not me?

See you all tomorrow =)
#ShareonCommunityBlogs
Login to vote this up!