Playstation Vita: The Gaming System for Everyone 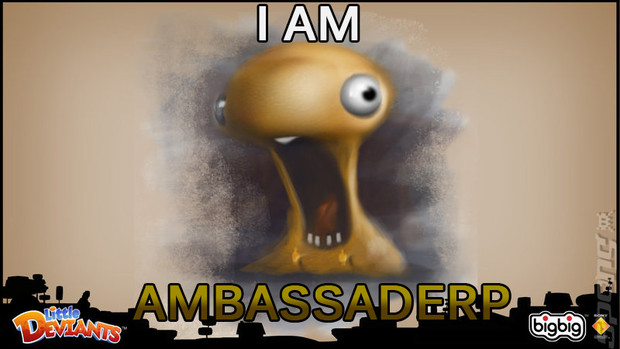 I think games like Little Deviants will go a long way to helping this as well. It's a fun, family-friendly game that uses a lot to engage the player and introduce them to all the different controls the Vita has. It's a game that our aforementioned Mom might look at and say "That looks kinda fun!". Then she tries it, and while she might need to use a stick or buttons here and there, she understands the parts that have touch involved.

This integration of touch into games is not the plague that some gamers claim it to be. In fact, it's totally optional...And it might be the first step in getting your smartphone-gamer girlfriend to play Uncharted =).

The second hook that might get the attention of the non-gamer gamers is the option of 3G online service. The world we live in is an interconnected one, and if you don't have all of your digital services available to you on the go, you're probably a few steps behind everyone else (I know I am!). The Vita is taking a revolutionary step in the right direction (If not with the wrong carrier...*cough*AT&Tsucks*cough*) by making your online Vita content available wherever cell phone service is available. So essentially, right alongside your smartphone. I think this'll be a real selling point on someone who considers themselves a mobile gamer.

With the two aforementioned features, the Vita is looking closer and closer to a real bridge between a smartphone and a gaming platform. If those who are interested are made aware, this could be one of the first times we see "phone" or "casual" gamers being integrated on the same device that "core" gamers also love and cherish. It has the touch-friendly interface and constant connectivity that "phone" gamers are used to, and all the control options and visual requirements for those "core" gamers out there.

The question we come to at this point is: Why the Vita? The 3DS is already out, at a lower price point, and has that wonderful "Nintendo" label on it that makes most non-gamer gamers think "Wii!". Why is the 3DS not the console to do bridge the gap?

While the 3DS may have a touch screen, and have a lot of touch-controlled games to go along with it, the design of the 3DS is alien and unfamiliar to those who are used to simply one screen where everything is happening. I'll admit, even as a fairly advanced gamer (At the age of...10), I had a hard time adjusting to the DS when it first came out. Also, the screen on a 3DS is far from "Touch". It's optimized for the stylus, and isn't a true "Thumbs and fingers" experience.

The 3DS is also pretty lacking in the online department. It has no 3G support, obviously, and has very little OTHER online content to speak of even when connected to WiFi. The eShop and Friend Codes will have a very hard time standing up to the Playstation Store and PSN. To your "phone" gamer, this stuff is not only confusing, but is probably not worth the hassle of venturing into this new domain of online gaming and game services. While we don't know all the details of what the Vita has in store...It's probably better than what the 3DS has going on.

I re-iterate, the 3DS is not all bad, and I really like the system so far. I'm actually planning to write another blog where I outline how the 3DS will succeed in the future despite its rocky start. Anyway, the one thing that the 3DS definitely has a leg-up on the Vita is in the games department. I doubt very much we'll ever see Cooking Mama or Plants vs Zombies on the Vita (Well, maybe the latter...), but I hope that Sony will recognize that their new system really can appeal to these kinds of gamers, and if they try it, they might like it.

And I think that's the real key here: I think the Vita has the opportunity to get non-gamer gamers interested in gaming, and could go a long way towards bridging the gap between these two different ideals of what gaming is. I don't see where anyone is losing: Optional touch in my Uncharted? Okay! Twin Stick support in my Little Deviants? Absolutely! I didn't really go into it much, but this could end up going the other way, too. Core gamers might actually get into these fun casual games because the controls are not just "touch the screen" all the time.

To some, I know that it will just sound like a giant advertisement for the Vita, but I really think that this system is for everyone. It has the potential to support games that appeal to every kind of gamer, and I just can't see how that's bad.
#ShareonCommunityBlogs
Login to vote this up!