Don't believe me? Want proof? Do I need to post a bunch of pictures with descriptions under each one and then thank the person who sent the stuff to me???

IS THAT WHAT IT'S GOING TO TAKE TO MAKE YOU ALL BELIEVE ME?!!?

Well OK then, that's what I'll do.

In this week's episode of ChillyBilly's Emporium of Curious Collectibles we bring you three strange tales...tales so strange that they were taken directly out of the Strange Tales Encyclopedia, which you can own for only six easy payments of $39.99.

Our first episode of the evening stars OccamsElectricToothbrush, or as I like to call him, Occams.

Occams and I decided to strike a deal on some games a little while back and I finally decided to get off my lazy ass and post some pictures. If you've never had the chance to chat with Occams or interact with him in any way, you should. Seriously, he's a super cool guy who loves Darksiders and is TOTALLY stoked for the sequel, Darksiders 2: The Darkside of Wal-Mart. (I know this because of his tweets).

Anyway, he sent me some games, and these are the pictures of said games. 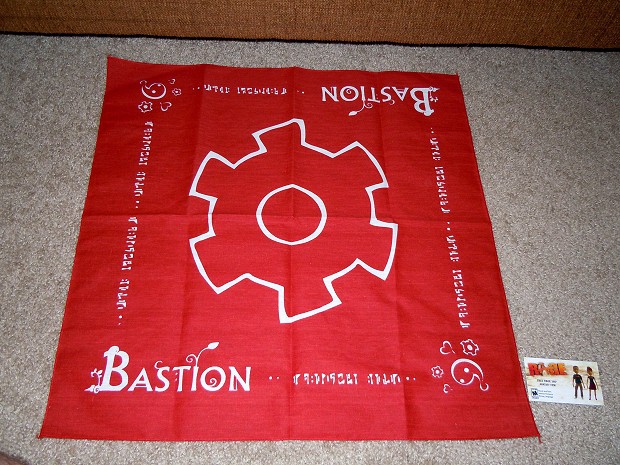 Last but not least is my absolute favorite thing out of the whole package. I'll let you just stare in awe, as I did at the awesomeness that is Bastion. Bastion is without a doubt one of my favorite games of the year, and anything Bastion related is 100% A-OK in my book. Oh and if you look closely you will see a Rage Xbox Live avatar item. Awesome.

Thanks Law, for going out of your way to snag me so much cool stuff, you are definitely the man.

Well that's it for me. Thanks again to Occams, Gareth and Law. The Destructoid community never ceases to amaze me with how fucking awesome it really is.

Have a great night and thanks for stopping by.

~ChillyBilly
Login to vote this up!