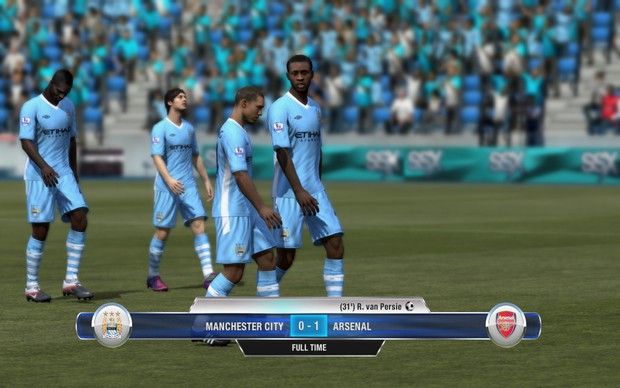 So which one's on top? Based on the demo's in isolation, it's tough. I was originally going to write this to say "PES IS BACK, SORRY FIFA" but then I figured out you could turn off the horrible new defensive system on FIFA and I was back to square one. Perfect world? FIFA's overall engine with PES's new passing system which just about gives FIFA the edge. If I had to pre-order one and only one right now based on what I know, that would be FIFA too. Online Master League is just a delicious sounding concept, but I can't trust Konami's netcode right now. It may seem like an anti-climax, but PES is back and we should all be happy it will be pushing FIFA to be better in the future and that PES may be king once again in the future. I'll drink to that for sure.
#ShareonCommunityBlogs
Login to vote this up!