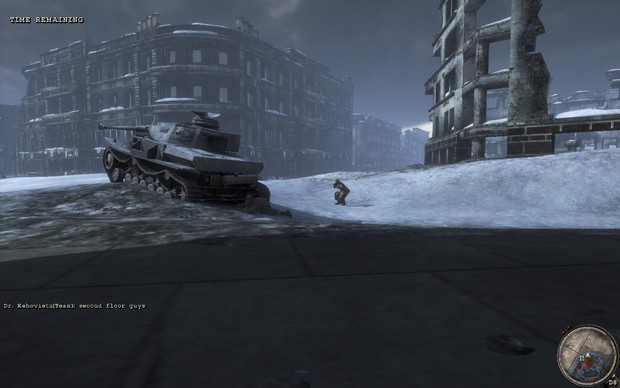 There are a lot of classes in RO2 that vary depending on the map (you won't get tank related classes on a map that doesn't have tanks), but the basic ones are assault, rifleman, machine gunner, marksman, squad leader and commander, each one has a specific purpose and a good commander will order (you can choose to accept or no) you to move to places where they feel you'd make the most contribution to your team. Assaults are meant to spearhead the way, riflemen can support them while also not being half bad at close range, machine guns are good to suppress enemies and take out a bunch if they just happen to run unprepared towards you, marksmen can take out enemies at the distance with the sniper, squad leaders are spawn points and they can also throw grenades and mark locations for the commander, as for this last one, the commander can order artillery strikes and force reinforcements (make everyone that's dead spawn at once without the wait), abilities that are useful but that have a limited number of uses. It's worth mentioning that, with the exception of firefight, every other mode has a limitation of players on each class that scales depending on the number of players on the server.

I played 15 hours of the beta, most of the time as a machine gunner or as an assault, some things like level progression and the unlock of weapons weren't available for all the beta (or the single player which I have no idea how it's going to be handled), but the basic game captivated me in a way I wasn't expecting, it's tense, it's scary, it makes you fight for every single kill and it's frustrating at times but oh so rewarding. The game is pre-loaded and I'm anxiously await the unlock, the last game Tripwire made was Killing Floor where I have close to 200hrs played on it, I can see my playtime on RO2 easily passing that.
#ShareonCommunityBlogs
Login to vote this up!

Hello, I'm Knives but a lot of my friends will usually call me Knivy. All I should have to say is that I live in the happiest place on earth (Tijuana!), but that's not all I'm gonna say.

I currently play on PC, Wii, PS2, DS and 360, I tell myself I'll get a PSP and a PS3 soon but I keep spending money on things like MAGfest, Miami, PAX , Baltinarp and Cancun.