Nintendo never forsaked the fans, the fans forsaked it. 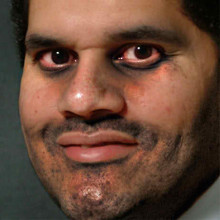 
I want to express my opinions in this blog about how I feel about market analysts, game developers and of course, the Nintendo fans. As of late I’ve been hearing facts about how Nintendo stocks are starting to plummet and rumors of how their stock might drastically drop if the 3Ds sales don’t pick up soon. Now I’m reading and hearing that a website called 01.net are posting articles to discredit Nintendo by discussing the tech issues developers are having.

Now it’s no secret that the 3DS has had a rough start, but the darn handheld only came out six months ago. I was reading an article on goNintendo how investors are worried that Nintendo’s 3DS won’t meet the expected sells and because of it; Nintendo’s stocks have dropped based on fear alone. Look, Nintendo has not been through one major holiday yet for people to come around thinking to buy a new system. I guess the market analyst and investors alike thought Nintendo was going to hit it big with the 3DS because of the success of the DS. They might have made that same mistake with the PS3 based on PS2’s success. Well unfortunately things don’t work that way all the time and investors should’ve learn from the Atari days not to put all their eggs in one basket.

The woes of game companies

Game companies have been riding Nintendo for many years now on how Nintendo haven’t been open to 3rd party support. I can admit that Nintendo haven’t been too kind to 3rd party companies especially during the Gamecube era. I believe this era Nintendo has been more open to 3rd party support for the Wii and especially DS. Now, the new complaints from developers are either about Nintendo inadequate hardware or the fact that their games are not selling good on the Wii. I remember reading complaints from developers early in this era about how it’s too expensive to make games for HD consoles and how difficult and time consuming it is to develop. Yet at same time they complain about the Wii’s limited GPU and CPU, saying that it’s not powerful enough spread there imagination to make a great game. To me the greatest of games don’t have to have the best graphics, but unique and fun gameplay, like Angry birds even though I have never played it. If game developers are really as great as they display themselves to be, then they should be able to make great games with the hardware that the Wii has. The Wii has great tools with the potential to fabricate very creative and fun games, but seems that no one wants to use it anymore.

Many game companies throughout the Wii’s mid life cycle have developed very fun games that are sleeper hits. To a small degree I can understand game companies complaints on how games are not selling on the Wii and it’s because of the fans. The fans play a big part on how Nintendo is not getting the support they need to keep on truckin’. There are far too many great games on the Wii to say that this system has no games. Games like Mad world, Red Steel 2 and Ivy the Kiwi and many more are prime examples of sleeper hits. Of course Nintendo has some top-notch first party titles, but it seems like for many people the Wii will sit on their selves collecting dust until another hit first party game come. Like Reggie said, “we have core titles just open your wallet and buy some.” I can admit that Nintendo has made some dumb decisions over the years and no I don’t mean the Virtual Boy even though I love the thing. Nintendo’s goal with the Wii was to open gaming to everyone and fix the mistakes they have done with Gamecube. Even though they have opened the door for casual gaming, I felt they never abandoned the hardcore Nintendo fans like me, for a second. Nintendo have always catered to their fans by bringing wonderful Nintendo titles. I believe forcibly Nintendo had to quickly develop the Wii U to cater the needs of the masses. It’s a shamed Nintendo had to following the HD trend to satisfy game companies and gamers. Even, though fans will play the Mario Karts, Zeldas, Kirbys etc, many of them still feel Nintendo is not hardcore enough for them. I remember watching an E3 11’ reaction video where fans was watching the conference live at Nintendo world store. After Nintendo showcase the games that was coming for the Wii U, one fans blurted, “Welcome back Nintendo.” I quickly said, “Nintendo never left, ya’ll left it.” Nintendo fans of America are probably the most unloyal fans of the Nintendo world. Its funny I hear the biggest outcry when Nintendo of America decide not to bring three certain games for the Wii, but game companies like Activision and Capcom have been making dumbass decisions for many years now and the outcry if any is moderate in comparison. These two companies are the greediest companies I know today and yet I hardly hear any signs of rebellion. Yeah Nintendo made mistakes too, but they are far and few in between. Even if Nintendo brought those three games over here, many people may not buy those games due to the bad “Nintendo is not hardcore enough” stigma gamers created for it. And after those games are played, the Wii is going to sit right back on people selves collecting dust, while people will play they crap of Call of Duty.

Of course many will get offended by this blog, but I don’t care. I wanted to express how I feel. My uncle asked me the other day, “Which is the most powerful console to date?” I immediately found something wrong with that question. I wished he asked, “Which is the best console.” I replied, “Well if you want the best graphically powerful console then 360 or PS3 is your choice, but if you want the best choice of games then the Wii is the best choice.” I don’t mean to come off as a fan boy, but I been loyal to Nintendo since the Nes days. Now over the years I liked other consoles, like all of Sega’s consoles. I love me some Sega. If there is any game company I love just as much as Nintendo, it’s Sega. Some people want a Dreamcast 2 but, more likely Sega would get as much support as Nintendo now, so it’s best they stick to software development. People in America probably wouldn’t be playing videogames today if it wasn’t for Nintendo single handedly reviving the game market after in 1983. I wish game companies treated Nintendo more than its worth, because the Wii and 3DS are great consoles. It would be a sad world for me, if Nintendo was no longer in hardware development and decided to drop the videogame industry all together. These tech issues with Wii U scares me because I would hate for Nintendo to bomb if their millions of dollars hardware fail. I guess Nintendo felt they need to rush the hardware to please ungrateful fans. I care less if people are hardcore Nintendo fans, I just wish people give credit where credit is due and show support because I would hate for Nintendo to go bankrupt.
Login to vote this up!