6:39 AM on 09.03.2011 (server time)    0
Howdy folks. I'm Fraser, one of the new PC/news interns. I thought I'd jump onto the c-blogs and properly introduce myself before I start appearing on the site. A handful of you might already know me as ImmortalWaster from comments and my blog posts here. I never really got around to writing an intro blog, I just sort of jumped in due to an overwhelming desire to write about Total War: Shogun 2.

I'm from Scotland and right now I'm trapped in our nation's capital of Edinburgh. After getting a useless degree that won't serve a purpose until someone invents a time travelling device I pretty much got stuck here. But it's not so bad, I found a really comfy seat. 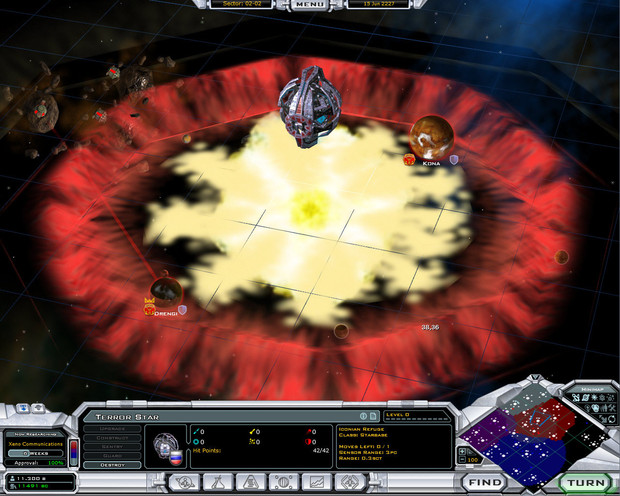 Away with you, woman! I have planets to destroy!

My addiction to 4X games is balanced out by my equally strong addiction to RPGs. I know that there are some folk who bemoan the state of the modern RPG scene, but I genuinely believe that we've never had it so good. Sure, a lot of the practical criticisms levelled at big devs like Bioware and Lionhead by RPG purists are completely valid. A lot of AAA RPGs are incredibly stripped down, but they still appeal to a huge demographic and it's not like their popularity has stopped other devs from creating cracking classic additions to the genre. Avadon: The Black Fortress immediately springs to mind.

Now you know more about me than you could possibly give a shit about, so let's move on to the inappropriate touching. By the way, I like it when people stroke my beard.
#ShareonCommunityBlogs
Login to vote this up!