My first PAX was a roaring success

Last night at around a quarter to midnight, Eastern time, I finally arrived home to my little one-bedroom apartment, officially ending my first-ever PAX.

I want to send all of my thanks to the wonderful Dtoid peeps who I met and hung out with. You were all so welcoming and friendly. Every staff member I met was unbelievably humble and entertaining, and the community bros are an awesome and sociable bunch. I guess I'll recap the weekend as it went for me.

Thursday
I spent the whole day flying or waiting to fly. I've never flown before, unless you count this one time when I was a baby, and I don't. First it was a silly 40-minute flight from Augusta to Atlanta, followed by a 4-hour layover and then 4-hour flight from Atlanta to Seattle. While waiting in Atlanta, I attempted to listen to the newest Podtoid using the official Android app. It worked like a champ, until one point when I paused it so I could listen to a gate-change announcement. After moving my shit, I tried to unpause the podcast, only to have the app decide to start it over and apparently seeking doesn't work. I had about an hour left. I wasn't about to listen to it all over again right away.

The dudes in the email thread weren't kidding. The walk from the SEATAC terminal to the Light Rail station felt like forever, but was totally worth it. It was a very pleasant and super convenient ride. Nearly everybody on it was clearly there for PAX, which was awesome. And here's a secret: I accidentally rode for free. I felt really guilty about doing so, as it wasn't intentional.. I'm just a clumsy mess when it comes to travelling and somehow completely missed the ticket booth, and instead saw a wide-open and unguarded train door. My thought was "durr, maybe you pay when you get on?". Spoiler: you don't.

I checked into the hotel at about 8:30 that night. 32nd floor of the Crowne Plaza. I didn't request anything fancy when I reserved, in fact my only criteria for hotel choice were vicinity to the convention and price, so I know I didn't book an expensive hotel. But apparently I ended up with a "club floor" room. Free breakfast every morning and I needed to use my key in the elevator to get to the floor. I felt ballin as fuck. Also, the key was an advertisement for Mass Effect 3. Seriously: 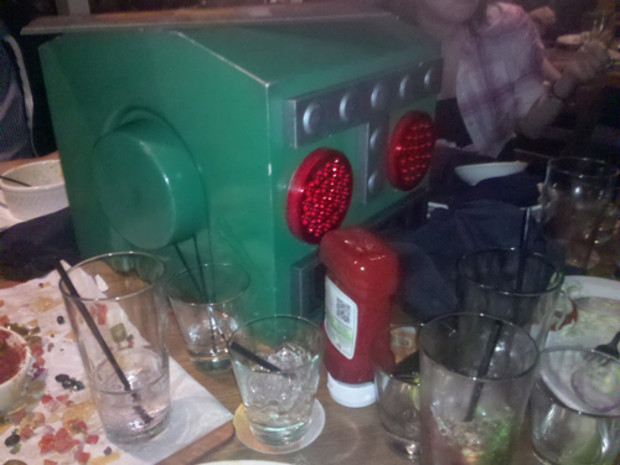 Monday morning, Zoeker and I formed a party to safely get each other back to the airport without getting lost. That mission was a success. We parted and I spent the day flying and waiting and flying. I attempted Podtoid on the app again but once again I didn't finish it, only got a little further than last time. Since this week's will be late, I'll make a point to finish "Katy Perry Is My Kryptonite" soon.

Thanks again to everybody who made the weekend awesome. I'm dead exhausted and sad it's all over. I can't wait until I get to do it all again.

P.S. I think I've decided to drop the letters from the end of my username on Dtoid. I discovered that the "csci" doesn't roll off the tongue very well when saying it out loud which made introducing myself awkward. So there.
#ShareonCommunityBlogs
Login to vote this up!