Memoirs of an Ex-GameStop Employee

11:28 AM on 08.21.2011 (server time)    0
Yes, this is in response to the much debated GameStop Employees Are Jerks blog a few days ago. TheManChild's experience working there brought back memories of the good old days, and I thought it was time for a trip down memory lane.

Working at GameStop was pretty much the epitome of jobs when I was in high school. My sister was a keyholder at a different store (she exacted her revenge on the store by hiding pieces of fried chicken in the ceiling tiles), and I had friends in each of the three (yes, three) GameStops in the mall.

I actually got hired there because I used to sit on the floor behind the counter and play DS while waiting for my friend Bonnie to finish her shift. I'd usually end up helping customers find things or start talking game recommendations when I got bored so the manager just eventually just put me on payroll. 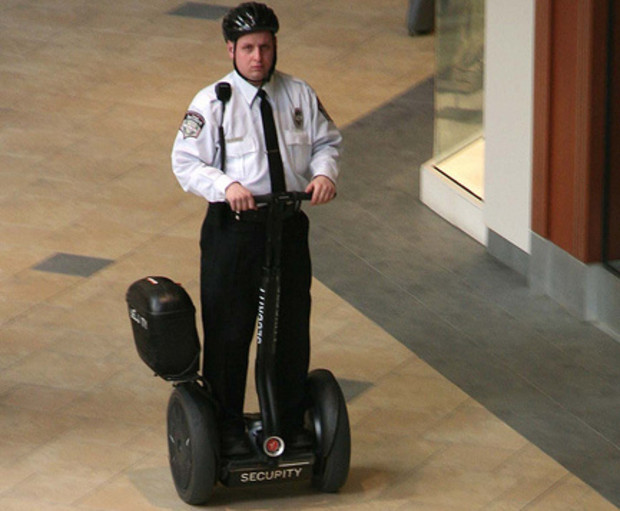 This is an actual photo of a security guard from the mall I worked at.

There were many other adventures, of course, so I'll just list a few:

-My sister worked the midnight release of Halo 2. Between 9pm (when the store closed) and midnight, all that separated the crowd from the new game was a pull-down grill. So the staff ordered pizza, popped the game into an Xbox and played for 3 hours, with the back of the TV facing the crowd, talking loudly about how awesome the game was.

-My district manager got so pissed at a customer (who had insisted that when she opened the boxed for her used Xbox, that she found a VCR instead and brought the VCR and demanded that she get a new Xbox for her troubles) that he went into the back room, took the new Xbox out and promptly poured water all over it. He then dried it, resealed the box, and presented it to the crazy lady.

-My friend Bonnie and I both ended up with stalkers. At first it was innocent, like they got us presents and hung out in the store. Then Bonnie got a voicemail on her phone that was almost 20 minutes long from a guy high out of his brain talking about all of the sex things he wanted to do with her. So the next thing she got was a restraining order.

Sad to say, a year or so ago the company finally realized they didn't need 3 stores in one mall, and closed the one I used to work at. They didn't bother to remodel any of the shelving in the store which makes me wonder...have the employees in the new men's clothing shop begun to find the hidden, sparkly pony stickers I left behind in every corner of the store?
#ShareonCommunityBlogs
Login to vote this up!