3:55 AM on 08.19.2011 (server time)    0
There are a few people still that we haven't seen in the story yet. There are people I wish I could stuff into the story here or there because they're awesome, but there are some of those people I will not be able to write in. I don't want to give a list of people I've entered into the story to save a few surprises... but I do want to give a shout out to someone who will absolutely be in the story. Sorry to spoil it but, Handy - you will be in there somewhere in the last chapters. I knew that since like chapter 8 or something. But, I have to give you a shout out. I was figuring out how your character will look, and I looked through every single one of your blogs. They were hard to get through. Mostly because I was laughing too hard to move on. Handy - dude - you probably have one of the best senses of humor that I know of. Props to you. Thank you for giving me a night of laughter.

In the morning, Ravensdale was brightly lit without a cloud in the sky. James walked with his group walking into a deserted set of buildings that, despite the well lit area, seemed shady and evil. Around every corner of every building and coming out of the windows were shadows that seemed to push themselves out into the sunlight. James readied his sword and that prompted his team to do the same. Hugh stood to one side with his baseball bat and on the other stood Wolf with his blade out and ready to strike. Kraid and Alice Dixon were in the middle with AlphaDeus covering the back.

"Do you think there is anyone here?" James questioned.

"There is always someone." Hugh said. "Always expect someone."

"I always think everything could be a trap." AlphaDeus said. "Which is why I'm still alive."

"Is this really the appropriate time for that?" Wolf said.

"I think the joke is on you." A man said out of their line of sight.

"Why have you come to Ravensdale?" The voice said.

"We're looking for the masked man." James said. "Someone in a mask that is killing hundereds of thousands of people. He has great power. And we intend to take him down."

"Ah yes... Let me introduce myself..." A man emerged from the shadows carrying a shot gun and wore a small mask over his eyes. "My name is Gareth. Some people call me The Comedian." 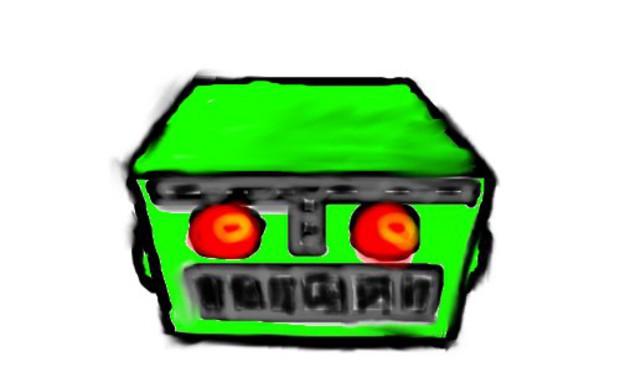 Near North Bend Alphadeus's lair was covered in wires and technology. It had been untouched since they had been there. Niero sat in the middle of the room shut off for the moment, but with the flick of a switch Niero was turned on. Niero lit up red and green. And when Niero was functional, AlphaDeus started giving the computer his commands.

After a few keystrokes a list was spit out.

"No Beyamor." James said. "Damn it. The list was too big last time."

"Could it be that Elsa and Anthony have deceived us?" Hugh said.

"That's what this looks like." AlphaDeus said. "Law and Beyamor are dead."

"Okay, wait." Alice whined. "Maybe they're in trouble! I mean couldn't Anthony and Elsa be under attack? They might need our help!"

"We need to find them either way." Kraid said.

"Corduroy Turtle?" Wolf said. "He's the guy that beat me with his bo staff skills."

"I don't know a few of the people on this list." James said as he flipped a coin.

The coin showed heads on the upward facing side. It answered a question James had asked about Anthony. He had asked the coin to show him Anthony's true nature. The coin had answered yes to the question: "Is he our man?"

"I think he's our man." James said. "But, I will hold judgement until the facts are in."

"Then we head back towards Silent Hill." Hugh suggested. "Something tells me we are going to run into them."