East Vs. West - The Quest for Character Empathy 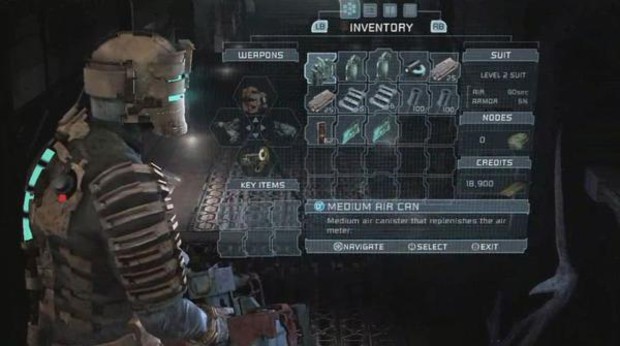 The second point of interest here is that the camera can be moved around at will. This gives the player a significantly larger amount of control than the character in the game. Putting more control into the players' hands prevents them from from seeing the character as a separate personality. The player controls what the character sees and interacts with (as opposed to Fatal Frame, where the camera is set specifically so the player and the character experience certain events together). The character is now an extension of the player, and is more of a Swiss Army Knife than a character in terms of his function within the game. The times we can connect with him are when there are cutscenes involving the plot. The only problem is, since the player has spent so much time in action-oriented scenarios like solving puzzles and shooting enemies, these moments feel more like breaks for the player than anything else.

In both Dead Space and Fatal Frame II, you control a protagonist searching for someone they love. However, the latter denies the player they control usually granted in third-person games, limiting the character's abilities to those of a normal human being. The former give the player abilities beyond what's currently feasible for a human. The draw of Fatal Frame, and in fact of many Asian-developed games, is the character and story development that pulls you into the full experience. A North American-developed game holds it's own be creating a detailed fantasy world that relies more heavily on the player using the main character as a tool for physically interacting with and exploring that world.

So which technique lends itself better to survival horror? Well, given that Fatal Frame II: Crimson Butterfly is a last-gen game released in 2003 that retails for $30 used, and Dead Space was released in 2008 and retail price new is around $20...well, I think the East wins on this one.
#OpinionEditorial
Login to vote this up!