Memory Card response: Just stay in your room and keep playing your game.

10:57 PM on 08.11.2011 (server time)    0
Recently, Destructoid editor and awesomeness-in-chief Chad Concelmo asked members of the community to share their first video game memories. As much as I'd love to tell mine...I just don't remember. Video games have always been a permanent staple in my life, even in my earliest memories, and I don't remember a time without them.

So instead, I will share the moment I first met what would become my favorite genre of games: the RPG. 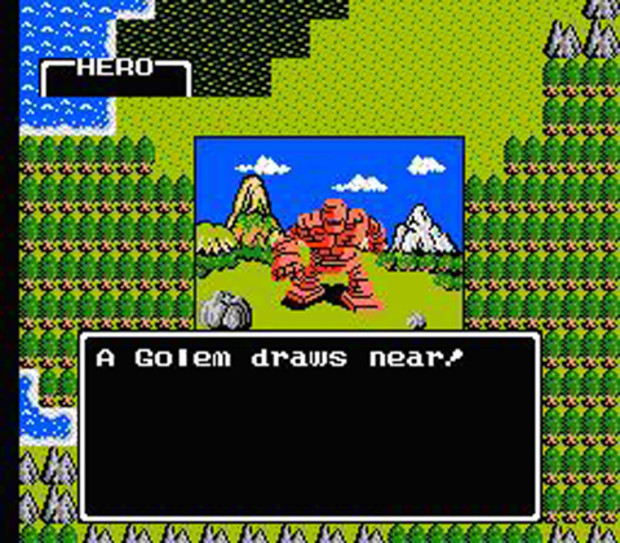 All of these are treasured memories. But one moment in my life ensured that this game would always be a part of my childhood.

Just as a red slime had drawn near, I heard the front door slam open in the living room. This was followed by the sound of something hitting the floor, somebody running to the phone, and the voice of my mom shouting "JJ! Just stay in your room and keep playing your game!"

It scared the hell out of me. I didn't know what was going on. My mind was racing. Is somebody raiding our house? Is my family being hurt? Suddenly the fear of a golem felt like a grain of salt.

I wanted to leave my room. I wanted to find out what was going on. But I couldn't. I was too scared. So instead, I did exactly what my mom told me to do. I stayed in my room, and I kept playing my game.

As much as my mind wanted to run wild, I focused entirely on the game, until I escaped from whatever horrific reality was outside my closed bedroom door. For a brief moment, I was actually "in" the medieval Tantegel Castle. I was no longer in the real world.

So, that's that! Dragon Warrior will always be important to me for that. Oh, and if you were wondering what happened...I didn't find out myself for years.

Somebody was shot. A stranger, Two miles away on an empty country road. And yet he managed to crawl his way to the nearest house, before collapsing through the front door and passing out. All while I just stayed in my room and kept playing my game.

He survived, and came back years later to thank us. It was when I asked who he was this time that I finally found out what happened years earlier. And even still to this day, I don't know why that happened to him. He seemed like a nice enough guy. But I know nothing of the man, and I haven't seen him since.

To some people, video games are just seen as escapism. And on that day, thankfully, it became that for me. An escape.
Login to vote this up!