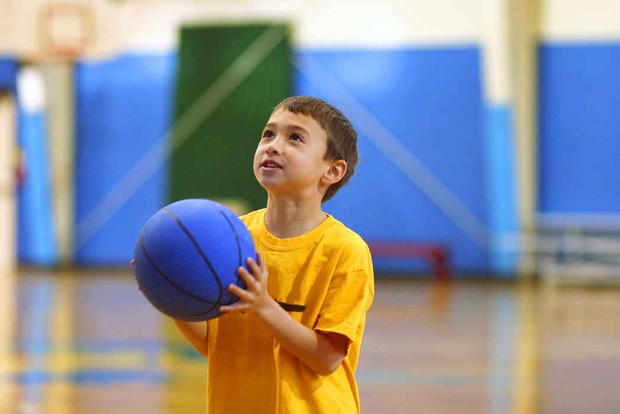 "Gaming is Gaming. And competitive professional Gaming is a sport. I think the term "cyber athletes" is silly, but people who specialise in one game to earn money and compete in it are no different from David Beckham. Why must they be either a Gamer or a Sportsman. People can be both, and that's why it's awesome." - WrexShepard


I don't want to beat a dead horse, but after reading comments and reactions to Elsa's blog I just wanted to say one quick thing. There seems to be this idea that highly competitive tournaments and professional gaming leagues validate gaming as a sport. I have a problem with this because people are basically saying those who are really good at games play sports while the rest of us play games. By that rationale the kid in the header isn't playing basketball; he's just playing a game that looks like it. This is wrong. Basketball is a sport through-and-through. Whether you play it in you backyard or in the NBA you are playing a sport. The stage on which you play is irrelevant to whether the game you're playing qualifies as a sport. Hell, whether you're good at it or not doesn't diminish that fact that it is a sport. The game makes the player, the player doesn't make the game.

This argument seems to be coming from different people. Some are normal gamers that just recognize the skills of others and they appreciate the attention these competitions gain. However, I think a lot of the ones using this excuse are elitists that want to be taken more seriously. You have to have a certain amount of arrogance to believe your skill in a game transcends the normal gaming experience and elevates the actual game you're playing to a higher level. A sport is a competitive and athletic exercise. You can argue that how precisely and quickly you move your thumbs is "athletic," but you can't say because you compete on a higher level than others you are now playing a sport. Unless we all are willing to accept regular online competitive multiplayer as people playing sports we need to let this go and just have fun.
#ShareonCommunityBlogs
Login to vote this up!

I got my gamertag/PSN/Dtoid name from the awesome and hilarious movie Kid With the Golden Arm.

These days I'm big on shooters, racers and action/adventure games but I still enjoy some classic platformers and beat-em-ups. As a general rule I hate RPGs but there are a select few I really like.

Handhelds: Ahead of its time

Updates from my Flixist blog:


Here's a few favorites of mine: