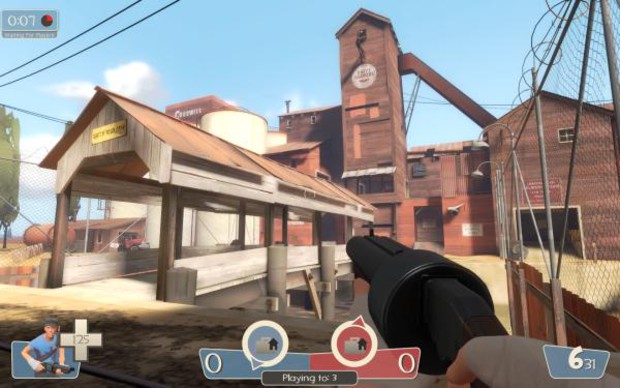 Shooters run into their own problem. Each shooter has its own weapons and play methods that are considered for �noobs.� What separates something like the plasma pistol/battle rifle combo from a zerg rush is that in StarCraft, an experienced player can counter that or will use it with other strategies as a feint or a diversion. Shooters have too many cheap tactics that work and can�t be countered with strategy.

You can�t just ban cheap strategies from games either because they�re a fundamental part of the games themselves. It delves into the spirit versus rules argument. These tactics go against the spirit of the game but they break no rules. When entire tournaments can be won with these tactics, no one will want to watch the games. When restrictions against them are in place you�re no longer playing the game and that�s not interesting any more. I can become really good at playing the quick version of monopoly (where you randomly distribute the property at the beginning) but no one will care because that�s not how you�re supposed to play the game.

There are a few shooters that escape these trappings, such as Team Fortress 2, but they still run into other problems. It�s difficult to watch a live match in a shooter. There is no specific front of battle and skirmishes are happening all across the map at the same time. In any other sport it�s possible to see the entire field at once, in a shooter this is either impossible or incomprehensible. The shooters that can be played competitively are rendered nearly impossible to spectate.

As video games further seed themselves into our culture, eSports will rise. People will enjoy playing video games to the point where they will want to see them elsewhere. Watching people who are skilled in a way that we�re not is always something we want to watch, look at cooking shows. All we have to do is wait until it gets bigger. If we want it to be as big as it is in South Korea, we need to focus on games that can be played on a similar skill level as widespread professional sports.
#OpinionEditorial
Login to vote this up!