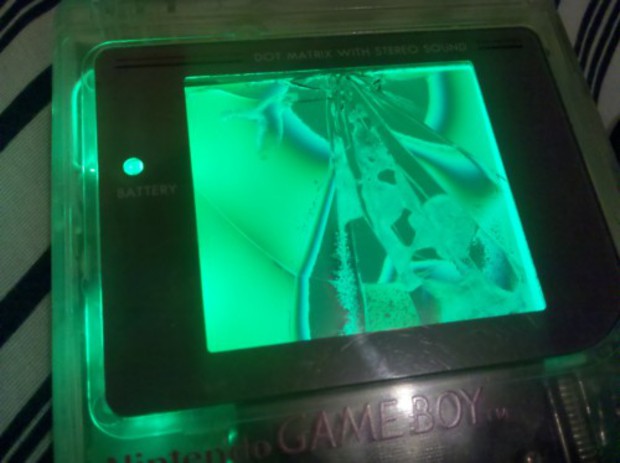 I had just murdered my brother.

At least, that is what it felt like. My anger was instantly forgotten as it was replaced with absolute grief. Tears started streaming down my face and a terrible wail escaped from my mouth. I can't remember if I called attention outside with my painful cries, or if I had run inside seeking comfort, but soon I was surrounded by others trying to silence me. I had a reputation for having a hair trigger temper, so I hid my shame by claiming that I had dropped my Gameboy. But thanks to my heedless fury, I spent the rest of my vacation mourning, instead of playing with, my faithful companion.

When we returned home, I slowly learned to live with my grief and got back into my normal life. My friend sold me his old Gameboy. It was ketchup red, an ironic memorial to the blood that I had spilled. It served its purpose, allowing me to dive back into portable gaming, but it just wasn't the same. Months later I got a Gameboy Pocket, then a Color and further on down the line. Other devices took the limelight, and eventually my first electronic friend was nothing more than a nearly forgotten disgraceful memory.

Recently, after being introduced to Chiptune music, I decided I wanted to get an OG Gameboy to mess around with some music software. I did some searching around on eBay and I found a suitable specimen in remarkable condition. Once I recieved it, held it up in my hands and basked in its glory, I was flooded with childhood memories, including this sordid tale I have just told. I then swore to never treat my new Gameboy with so much as a fraction of disrespect I did to my previous one. All of my half-hearted desire to arranging blips faded away as I scoured eBay for Gameboy games I never had a chance to play. I think me and my new friend have a long future ahead of us.

Virtual console be damned; monochrome green or GTFO.
#ShareonCommunityBlogs
Login to vote this up!